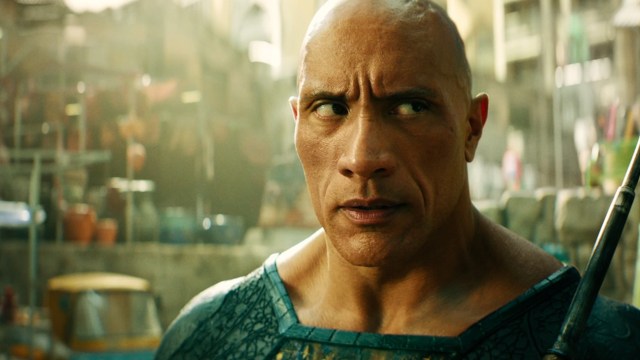 At some point, Dwayne Johnson decided to shrug his shoulders, mutter “f*ck it” under his breath, and decide to effectively confirm the return of Henry Cavill’s Superman in the post-credits scene of Black Adam.

Sure, there had been rumors making the rounds on social media ever since the project finally managed to escape from development hell and make it onto the screen, but that doesn’t mean the fandom was unanimously in agreement that they wanted to have the film’s biggest surprise ruined by its own star and producer weeks ahead of time.

Before the vast majority of people had even gotten the chance to see Black Adam, The Rock was out there welcoming Cavill home, admitting he’d spent years trying to get the guest spot to come together, and generally talking any and all things Superman anytime he was asked about it.

Even Warner Bros. got in on the act by giving the game away in the marketing campaign, so you can forgive us if we don’t feel much sympathy for producer Hiram Garcia revealing his frustrations on the news leaking early to SlashFilm.

“Oh my God, it is so frustrating. You work so hard, but look, we understand that this ending and this dream, this family dream that we had to bring to life, we knew that it was going to have an effect on the fans that were just like, ‘Oh my God!’ We heard them begging for it for so long. We’ve been wanting it for so long. It’s disappointing that it leaks.

You hope that the fans that are so passionate about it really do their best to block it out so that they can go and get the movie and enjoy it. We’ve been working with Warner Bros. to try and get some of those things under control, but really, it spreads like wildfire. It’s something you always know you have to deal with when you start testing the movie.”

Spoilers are part and parcel of the blockbuster business, but they’re also incredibly easy to avoid by taking a few simple steps on social media. Of course, the leading man of Black Adam going ahead and admitting it to anyone who would listen makes things that much more difficult, but it’s not like it affects your enjoyment of the end product in the slightest.