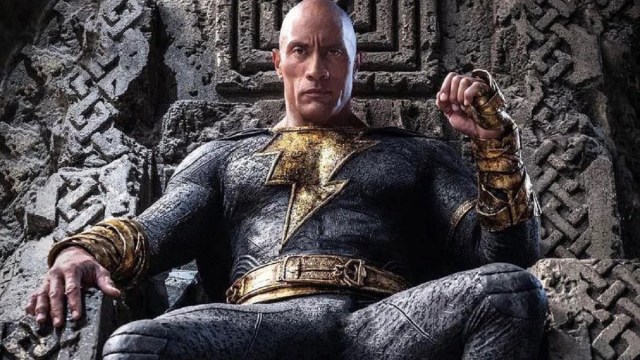 While DC, Warner Bros, and Dwayne Johnson have been heavy-handedly hinting towards the potential return of Henry Cavill as Superman during the events of Black Adam, it seems they’ve now thrown the unwritten rule book out of the window when it comes to keeping tight-lipped on the biggest revelation to come out of their latest film.

In case the headline and the spoiler warning at the top of this article didn’t deter you – this is your final warning. Don’t look at the tweet below or the rest of this article if you don’t want Black Adam spoiled for you. Not that DC seems to particularly care.

The above clip tosses aside any semblance of subtlety – showing a text message thread between Black Adam and Superman exchanging a few jibes, with Clark Kent even referencing his own words in the post credits scene that quickly became DC’s worst kept secret.

This is a very head-scratching approach to marketing the latest entry to the DCEU, particularly considering that early reviews of Black Adam have been less than favorable.

It seems DC has resorted to screaming to the heavens that Henry Cavill is going to be in the movie to entice audiences to come to the cinema, but will it matter if that’s the only talking point many are bringing out of the film? With that revelation given away so easily, paired with a negative critical response, what’s left to encourage the world to go out and see it?

Fans can also surely put two and two together and figure out that Superman doesn’t play a prominent role, only appearing briefly during the film’s post credits scene – as evidenced by Dwayne Johnson sharing an audience reaction to the film’s ending.

It’s a supremely different approach to Marvel, who instead utilizes its social media platforms to encourage fans to keep their mouths shut for a while when big character reveals and plot developments happen.

The success of this daring marketing campaign will be able to be more accurately measured after Black Adam’s first weekend at the box office. The film hits cinemas today, 21 Oct 2022.