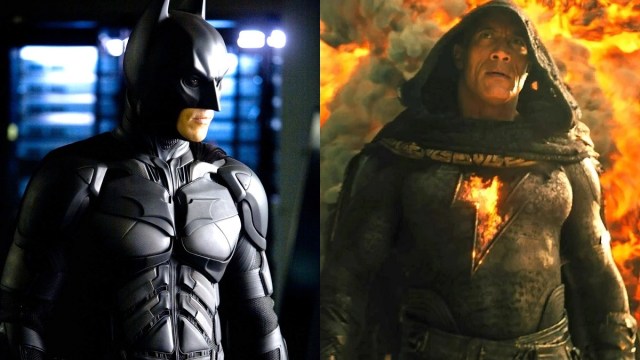 Even the most vocal of DC dissenters would be crazy not to concede that The Dark Knight is not just one of the greatest comic book adaptations of all-time, but one of the 21st Century’s finest blockbusters regardless of genre, perhaps even ever. The sensible among us would most definitely concede that Black Adam doesn’t exist in the same stratosphere, but Dwayne Johnson knows how to put a positive spin on just about anything.

Having already earned upwards of $140 million since finally escaping 15 years in development hell to hit theaters this past Friday, the star and producer has already teased that work on a second installment is poised to begin imminently. Critics did not care for Black Adam very much at all, but audiences couldn’t get enough, and The Rock is wearing it as a badge of honor.

Taking to social media as he’s been increasingly prone to do ever since his passion project finally made it into multiplexes, the 50 year-old has been basking in the surprising glory of Black Adam landing the highest Rotten Tomatoes audience score for any DC Films production since Christopher Nolan’s classic.

As you can imagine, it hasn’t taken long at all for the dissenters to start doubting those claims, but all the man did was relay facts and statistics that can’t be argued with in terms of zeroes and ones. Is Black Adam the best DC epic to emerge in the 14 years since Heath Ledger’s Joker first blew everyone away? Absolutely not, don’t be ridiculous. Is it an exceedingly popular smash hit that fans have instantly taken to their hearts? You betcha.