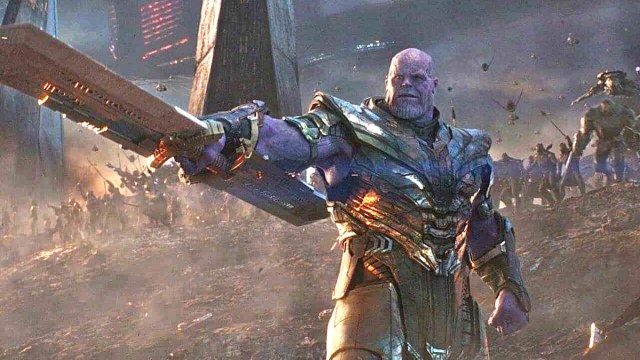 There have been plenty of different superheroes and villains over the years, but among those to have made the transition to the big screen, Thanos may be one of the most iconic.

While the Mad Titan might be capable of taking out most of the Marvel Cinematic Universe’s roster of marquee names, an epic slice of fan art has pondered the question of how he would fare against a “hero” that’s arguably more evil and sinister than himself.

Homelander comes face-to-face with Thanos’ army in this artwork by Agt Design, and how this battle would go is anyone’s guess.

The Boys’ most notorious Supe boasts all of the powers of Superman with laser eyes, ultimate strength, and durability, but would it be enough to take out Thanos alongside all of his subordinates?

While we won’t be getting an answer to this question anytime soon, fans can still admire this impressive artwork that seamlessly blends Homelander into the Marvel universe, leaving everyone to ponder the question themselves over who they think would emerge from the fight victorious.

Marvel fans won’t be seeing Thanos anytime soon (at least, as far as we know) after he met his end during the conclusion of Avengers: Endgame, but fortunately for superhero fans, there is a lot more Homelander to come.

The Boys is currently airing its third season with two episodes left to go. For those who aren’t yet up to date, the first six episodes of The Boys season three are now available to stream, and a fourth run has already been confirmed by Prime Video.