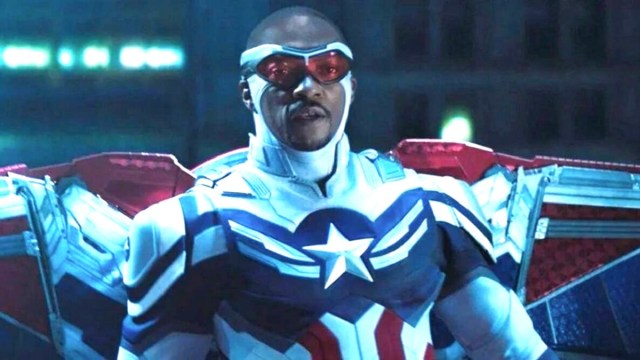 Anthony Mackie will be suiting up and reporting for duty in the not-too-distant future when Captain America: New World Order begins shooting ahead of a May 2024 release date, but even the star-spangled Avenger isn’t clued in on where else he could be required to appear.

Using nothing but common sense, it would be safe to assume that Sam Wilson will play a key part in Avengers: The Kang Dynasty and Secret Wars, but the jury remains out on Thunderbolts. Even though the all-star antihero adventure hits theaters just weeks after New World Order, and features Mackie’s on and offscreen BFF Sebastian Stan, the actor has no idea if he’ll swoop in for a cameo appearance.

In fact, in an interview with Variety when he was asked directly about a potential Thunderbolts guest spot, The Falcon and the Winter Soldier veteran admitted that he’s been part of the Marvel Cinematic Universe long enough to do what he’s told, as and when he’s required.

“I have no idea. You know how it works. They call you the week before and are like, ‘We own your ass. Come get in the movie.'”

There’s no reason why Captain America wouldn’t show up in Thunderbolts, if only for the reunion between Sam and Bucky that Mackie wants to see just as much as the rest of us. Given that the two projects will be shooting at roughly the same time as well, it’s not unreasonable to expect the winged wonder to dispense some good old-fashioned American justice on the titular team.