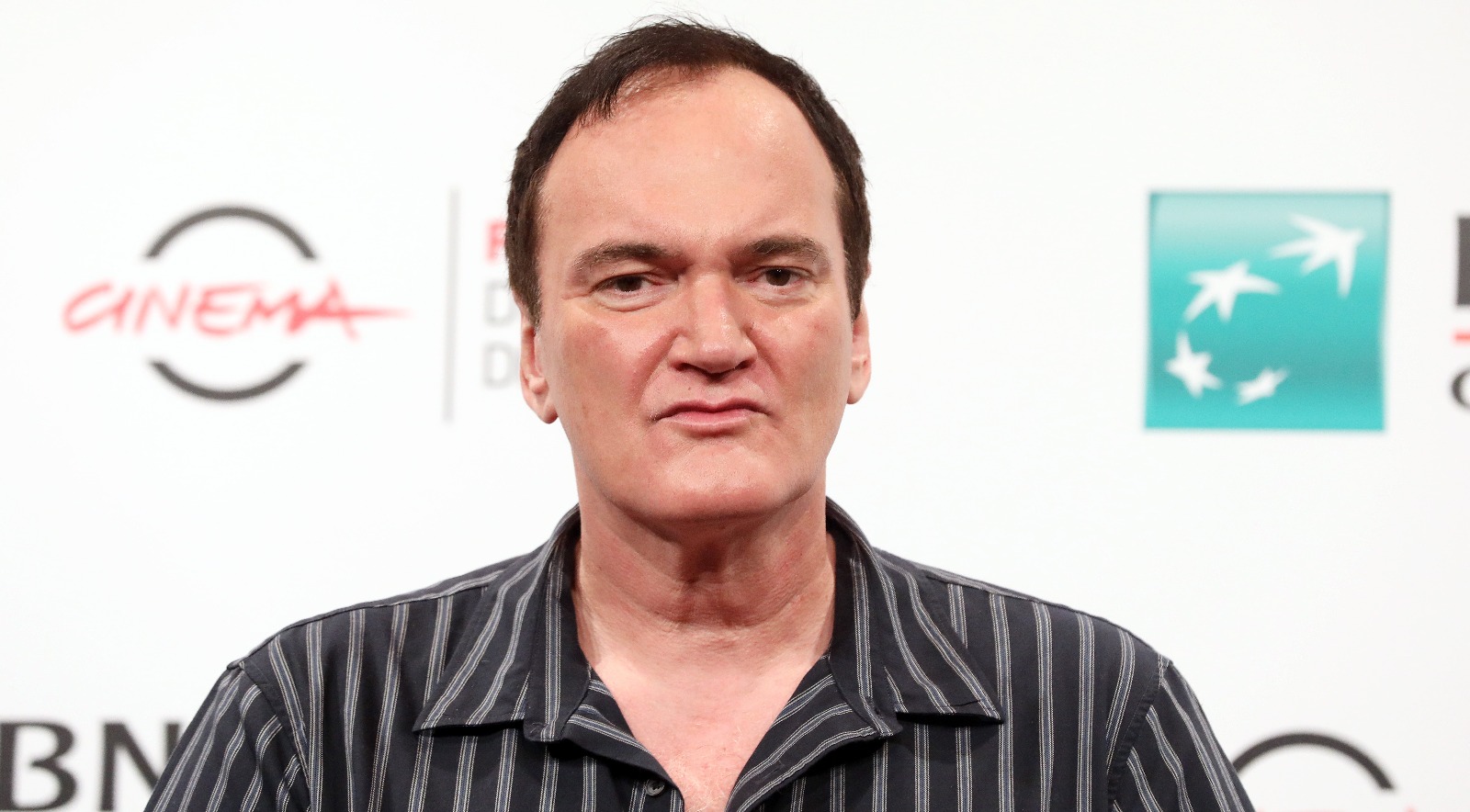 Quentin Tarantino has repeatedly said his ambition as a director is to have ten films under his belt – no more, no less. Once he’s reached double-digits he’s vacating the director’s chair in favor of writing plays and books. He’s currently 58 and has many productive years ahead of him, so who knows whether he’ll stick to that. However, with 2019’s Once Upon a Time in Hollywood, he’s up to nine movies, so his next may well be his last.

But even when he doesn’t have a film in theaters, Tarantino remains a headline generator. In 2022 alone he’s been sued by Miramax after announcing plans to sell script pages from Pulp Fiction as NFTs and as we speak, there’s a fierce debate on social media on whether Pulp Fiction could be made today.

So why not take this opportunity to rank Tarantino’s movies? After polling We Got This Covered staff on the topic, we got conclusive results on what we think are the best and worst. One caveat is that this list is limited to films Tarantino directed, so his screenplays for True Romance, Natural Born Killers, and From Dusk till Dawn aren’t included.

So stow your samurai sword, put some crème on your apple strudel, and grab a tasty burger, because here we go:

Tarantino’s half of the Grindhouse collaboration with Robert Rodriguez being bottom of the list shouldn’t come as a surprise. The movie follows Kurt Russell as ‘Stuntman Mike’, who uses his car as a murder weapon and faces off against a trio of young women played by Zoë Bell, Rosario Dawson, and Vanessa Ferlito. Despite his imposing presence and homicidal nature, he soon discovers he’s bitten off more than he can chew.

Tarantino is known for dialogue-heavy slow burns, but Death Proof pushes things way too far with a glacial first half and long stretches of conversation that don’t go anywhere. The defense is that it’s boring on purpose, with the endless chit-chat simply a product of Tarantino being committed to recreating a 1970s cheapo vibe. But even he admits this isn’t his best, saying in 2012:

“Death Proof has got to be the worst movie I ever make. And for a left-handed movie, that wasn’t so bad, all right? — so if that’s the worst I ever get, I’m good.”

One of the most common criticisms of Tarantino is that he’s too self-indulgent when it comes to run-time. The Hateful Eight is a Western set inside a stagecoach stopover during a blizzard, with the tensions between the eight strangers inside boiling over as the snow piles up. It’s a tense story with a bunch of interesting characters, but did it really need to be three hours long?

In another example of Tarantino’s penchant for delving deep into film school nerdery, The Hateful Eight was released as two cuts, with the general theatrical release coming in at twenty minutes shorter than the 70mm ‘roadshow’ release. The best way to watch The Hateful Eight got even more confusing in 2019 when Tarantino re-edited and re-released it as a 210-minute four-episode Netflix miniseries, though that extra running time is largely made up of the opening and closing credits.

The Hateful Eight actually works a lot better as a miniseries than a movie, if only because the movie was already episodic and this format encourages you to watch it over a few viewings rather than all at once. Plus, Ennio Morricone’s Academy Award-winning score is arguably worth the price of admission alone.

This placing is likely to be a controversial one. After the smash-hit Pulp Fiction, the world was Tarantino’s oyster, and he had his pick of projects. He chose to adapt Elmore Leonard’s 1992 novel Rum Punch, reworking the story to pay homage to 1970s Blaxploitation movies.

In a hint at his future style, Jackie Brown is a noticeably slower-paced ride than Reservoir Dogs and Pulp Fiction, with contemporary audiences missing the ultraviolence and sense of anarchy of those movies. However, its reputation has grown since its original release, with some critics (notably the BBC’s Mark Kermode) naming it as their favorite Tarantino movie.

The years have been kind to Jackie Brown as its 1970s retro style means it hasn’t dated as much as many other 1990s movies. Perhaps it’s not what I’d pick as my first choice of Tarantino movie, but it’s a subtle but necessary shift in direction from Tarantino and an early sign of him maturing as a filmmaker.

Tarantino’s most recent is also one of his most successful. This lavish tribute to 1960s Hollywood captures the last gasps of the Golden Age, with it being snuffed out for good by the Tate murders. Or at least that’s how it went down in real life. In Tarantino’s movie, a washed-up action star and his stuntman buddy rewrite the script, resulting in the most quietly moving ending he’s ever filmed (albeit one that still involves someone being incinerated with a flamethrower).

Though Once Upon a Time in Hollywood embodies many of Tarantino’s worst qualities it’s still a riveting watch, with the double act of Brad Pitt and Leonardo DiCaprio a supernova of comedy and charisma. The story isn’t necessarily over yet, either. In 2021 Tarantino released Once Upon a Time in Hollywood as a novel (it shot to no. 1 on the New York Times fiction bestseller list) and he has plans to develop Bounty Law, a TV spinoff based on the show seen in the movie.

If you’re grumbling about counting both volumes of Kill Bill as a single movie you can stop right now. Yes they were released six months apart, but they were planned as one four-hour movie, shot at the same time, and Tarantino himself considers them a single project.

Whatever the case, it’s difficult to argue with them as anything other than incredibly fun, top-tier action movies. Vol. 1 in particular features the incredible Crazy 88 fight in which Uma Thurman’s Bride goes ham with a katana, an excellent animated sequence showing the origins of Lucy Liu’s O-Ren Ishii, and a great closing duel in a snowy Japanese garden. Vol. 2 is a little lighter on the action but still a lot of fun, with the climactic confrontation between the Bride and Bill still referenced today, particularly his thoughts on superheroes (even if his take on Superman is very weird).

The Kill Bill story may not be over yet. There’s an extended cut combining both movies known as ‘The Whole Bloody Affair’ that’s yet to be officially released, and rumors persist that Kill Bill 3 will be Tarantino’s final movie. If it is, few will complain.

Written and planned while Tarantino was working at a video rental store in Manhattan Beach, California, Reservoir Dogs is among the greatest debut pictures of all time. Shot economically and efficiently, we follow the aftermath of a disastrous diamond heist as a group of thieves tries to figure out what went wrong, who’s the rat, and how to retrieve the loot. And then the bullets start flying…

Tarantino originally planned to shoot this as a super low-budget movie on 16mm black and white with his friends acting in it, though in a fortuitous chain of events the script ended up in front of Harvey Keitel. Recognizing its quality, Keitel signed on as co-producer and helped Tarantino raise a $1.5m budget. That sum went a hell of a long way, with the final product dubbed “the greatest independent movie ever made” by Empire Magazine.

Tarantino’s biggest hit to date and an absolute stonker of a movie. Tarantino had long harbored ambitions to make a Western, though ended up with what he dubbed “a Southern”. Tired of “big issue” movies dealing with America’s “horrible past”, Tarantino went into the Antebellum South with both fists swinging and delivered a rollercoaster ride of comedy, violence, and tension.

His excellent script is bolstered by the trio of Jamie Foxx, Christoph Waltz, and Leonardo DiCaprio, all of whom deliver arguably their best performances. The scenes between the three men are some of the best Tarantino has ever written, with DiCaprio’s Calvin Candie perhaps the most despicable villain committed to celluloid in the 2010s.

Samuel L. Jackson (also incredible in this) summed it up best: “Django Unchained was a harder and more detailed exploration of what the slavery experience was than 12 Years a Slave, but director Steve McQueen is an artist and since he’s respected for making supposedly art films, it’s held in higher esteem than Django.”

After Inglourious Basterds, Django Unchained, and Once Upon a Time in Hollywood Tarantino revising history has become one of his trademarks, but in 2008 seeing Hitler’s face turned into Swiss cheese caused genuine uproar in theaters. The fact that this comes as a theater full of Nazis are being burned alive as a bomb made of celluloid explodes? *chef’s kiss*

Despite the first draft being completed in 1998, Tarantino put it on the back burner as he couldn’t figure out how to end the story. Ten more years of experience writing and directing paid off, and in 2008 he delivered one of the greatest World War II movies of all time.

I could sit here all day singing Inglourious Basterds‘ praises, but it’s worthing singling out Christoph Waltz’ Hans Landa as one of Tarantino’s greatest characters. He’s charismatic, cunning, erudite, and utterly ruthless – a combination that makes every scene featuring him unbearably tense. Knowing his ultimate fate makes the second watch much more bearable, and I’ll never get tired of seeing him get his comeuppance.

As Pitt’s Aldo Raine says in the final moments: “I think this just might be my masterpiece.”

Well it always going to be number one, wasn’t it? There aren’t many garlands left to hang around Pulp Fiction‘s shoulders. It won the Palm d’Or, was nominated for seven Academy Awards (and really deserved to win Best Picture over Forrest Gump), and has gone down in history as a stone-cold classic.

Even now it’s a fascinating watch with its jumbled timeline, overlapping plot, and unexplained mysteries (what is in that briefcase?). It’s also amusing that people wonder whether Pulp Fiction wouldn’t get made now, as it very nearly wasn’t made in the 90s.

Columbia TriStar had a first-look option on the script and chief Mike Medavoy dismissed it as “too demented” and (via Roger Avary) that it was “the worst thing ever written. It makes no sense. Someone’s dead and then they’re alive. It’s too long, violent, and unfilmable.”

That proved to be a real “guitar bands are on the way out” not signing The Beatles kind of decision. Pulp Fiction blew early ’90s audiences away, grossing $213m on an $8m budget and becoming a cultural touchstone overnight (and also a much-parodied one).

Yes, it’s an obvious pick for number one, but you can’t deny Pulp Fiction‘s quality.