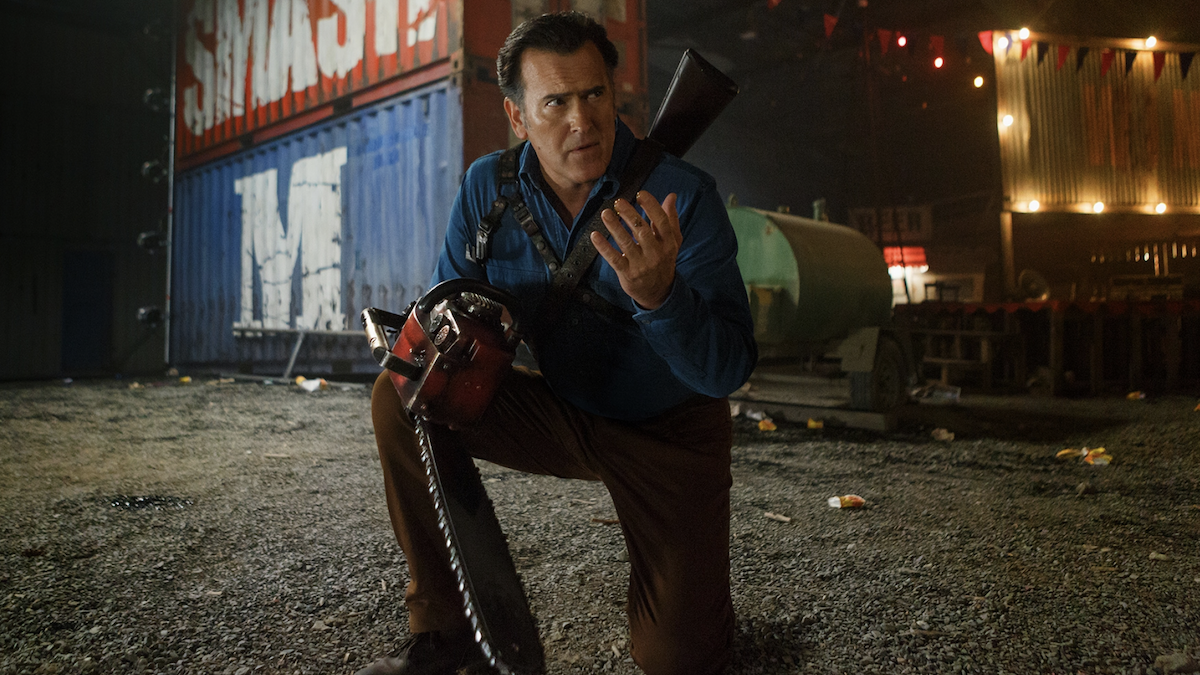 There’s simply no denying that this was a colossal year for horror, with an assortment of colorful projects leading the headlines and undoubtedly turning the wheel for the ever-popular genre. And while 2022 was responsible for plenty of blockbuster hits, 2023 looks to be even more promising. This is partly thanks to the upcoming release of Evil Dead Rise, which is set to serve as the fifth installment in the long-standing horror franchise.

Without question, following in the footsteps of Sam Raimi’s brilliance for The Evil Dead (1981) will surely be a tough challenge, but as director Lee Cronin revealed to Empire, he’s certainly stepping up to the task. In his triumph of reinstating the franchise, Cronin promises that the movie will strap fans in for a wild, blood-soaked adventure that twists the lore and adds a new dimension to the narrative. Cronin said:

​​“It straps you onto a rocket that’s fueled by blood. You can either get off or you stay on ’til it explodes.”

And considering the first few glances at the upcoming movie have contained several bloody exclusives, it’s safe to assume that Cronin is set to deliver a monumental horror experience that will strike life back into the film series. Unfortunately, thrill-seeking fans will have to wait patiently for the feature’s release next year, so here’s hoping the sheer anticipation alone will have moviegoers traveling in waves to the theater.