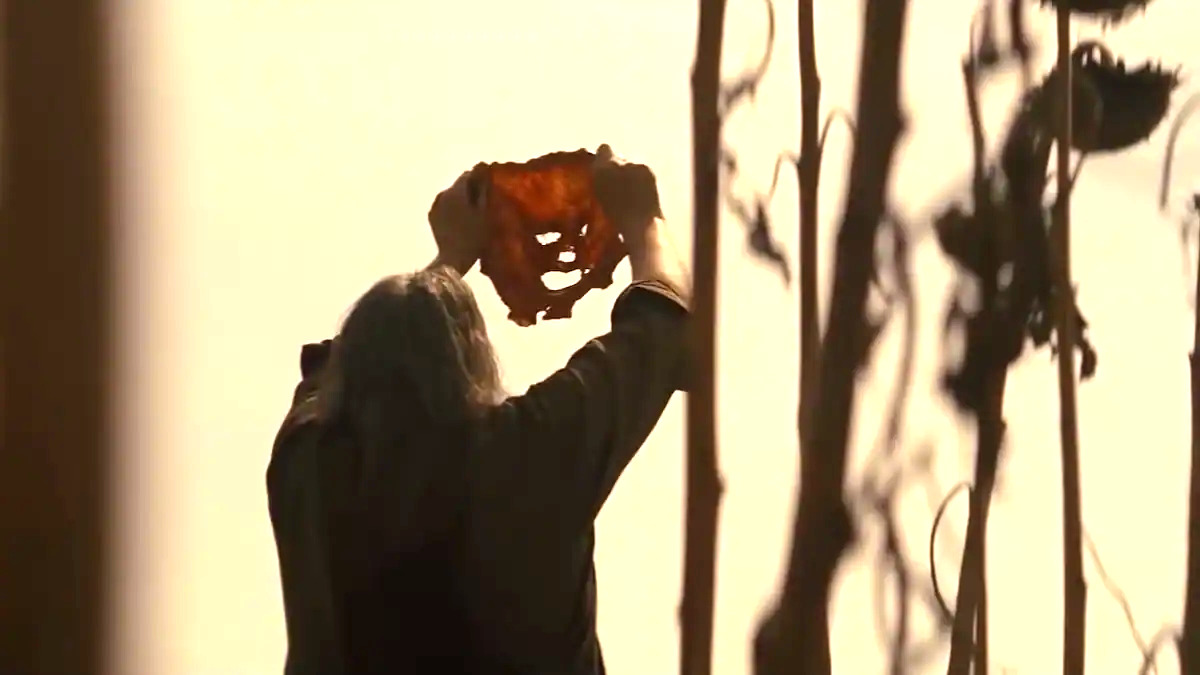 This Friday brings the premiere of Netflix’s Texas Chainsaw Massacre, the ninth overall installment in the franchise, and a direct sequel to Tobe Hooper’s classic 1974 original.

It goes without saying that fans of the horror genre have become desensitized to grisly onscreen violence, and if you’ve got a soft spot for watching a serial killer pile the bodies higher and higher, then you may find yourself becoming increasingly difficult to surprise when it comes to unique and inventive onscreen deaths.

However, Texas Chainsaw Massacre has literally dozens of them, with the movie definitely not for the faint of heart. Director David Blue Garcia is only helming his second feature, but producer and story writer Fede Álvarez is more than familiar with blood, guts, and gore having directed The Evil Dead remake and Don’t Breathe.

During a recent press event hosted by Netflix, We Got This Covered had the chance to ask Garcia and Álvarez what their process is for developing dispatches that viewers will have never seen before, and you can check out what the filmmakers had to say below.

Fede Álvarez: From a writing standpoint, a lot of the kills in the movie… sometimes, some of them are on the page, and some of them… even when David takes them on the page, he gets creative and just does something slightly different to improve on them, right? So there’s always a kind of constant creation at that level. Mostly, because it is a big part of these movies, particularly slashers like this one, and the kills for the audience are everything.

Like, you just want to get those original kills from the creative process, I think. And this applies to many things that we do, when it comes to story. Someone’s gonna kill someone, obviously, and you get to a scene, like… when Leatherface is gonna kill for the first time. And you probably write ten kills. You write ten ideas that come into your head. And what we do, with my co-writer Rodo [Sayagues] and [screenwriter] Chris Devlin as well; you write those ten, and then you scratch them right away.

Because those ten are the first ones that came to your brain, so they’re probably derivative, you’ve seen them before, you’re just quoting something you saw in your brain in another movie, and just trying to remember without even noticing to stop copying this thing. So you try to take a stand, and then you really corner yourself in a place where you get all these kills of your chest, now how does he kill this person?

He doesn’t have a weapon, he doesn’t just grab something, he’s not gonna smash his head, he’s not gonna poke his eyes, and then what’s left? And then you come up with like, the break of the wrist, and then the bone the coming out, and then killing him with the splinter of his own bone. But you really have to put in the work, and I think that’s what it is.

There’s… I wish there was something more instinctive, we just… I just come up with them and just come up with cool sh*t, but if it doesn’t work out, you really have to put yourself in a place where you run out of ideas, because you forbid yourself from doing the ones you’ve seen a million times. So you try, right? You don’t succeed all the time, but at least you tried.

David Blue Garcia: Yeah, I mean, the script was so full of those creative kills. I mean, that one you’re talking about, where he breaks the arm and kills him with his own bone, that was right there on the page. And the challenge for me is to figure out how to do that. And, luckily, we had a really great special effects team that was coming up with those concepts, and helping make that happen. And then, of course, the script also leaves a lot of room for a director to come up with more kills, most notably, the bus massacre scene.

Which I remember, the script was pretty loose on what happens in there, because it’s just so chaotic. So it was a lot of fun to kind of sketch out and storyboard different potential kills. And I have like a whole page of kills that we weren’t able to do, because you don’t have enough time to show everything you want to show, but I’m happy with the ones that that we got into film. And, you know, most notably, my favorite one I gotta say is Dick Cheney, which is named by Fede Álvarez. And if you watch the movie, you’ll know which one I’m talking about.”

If you can’t wait to see the snapping bones, bloody violence, and shades of the former vice president, then be sure to check out Texas Chainsaw Massacre when it comes to Netflix this Friday, February 18.