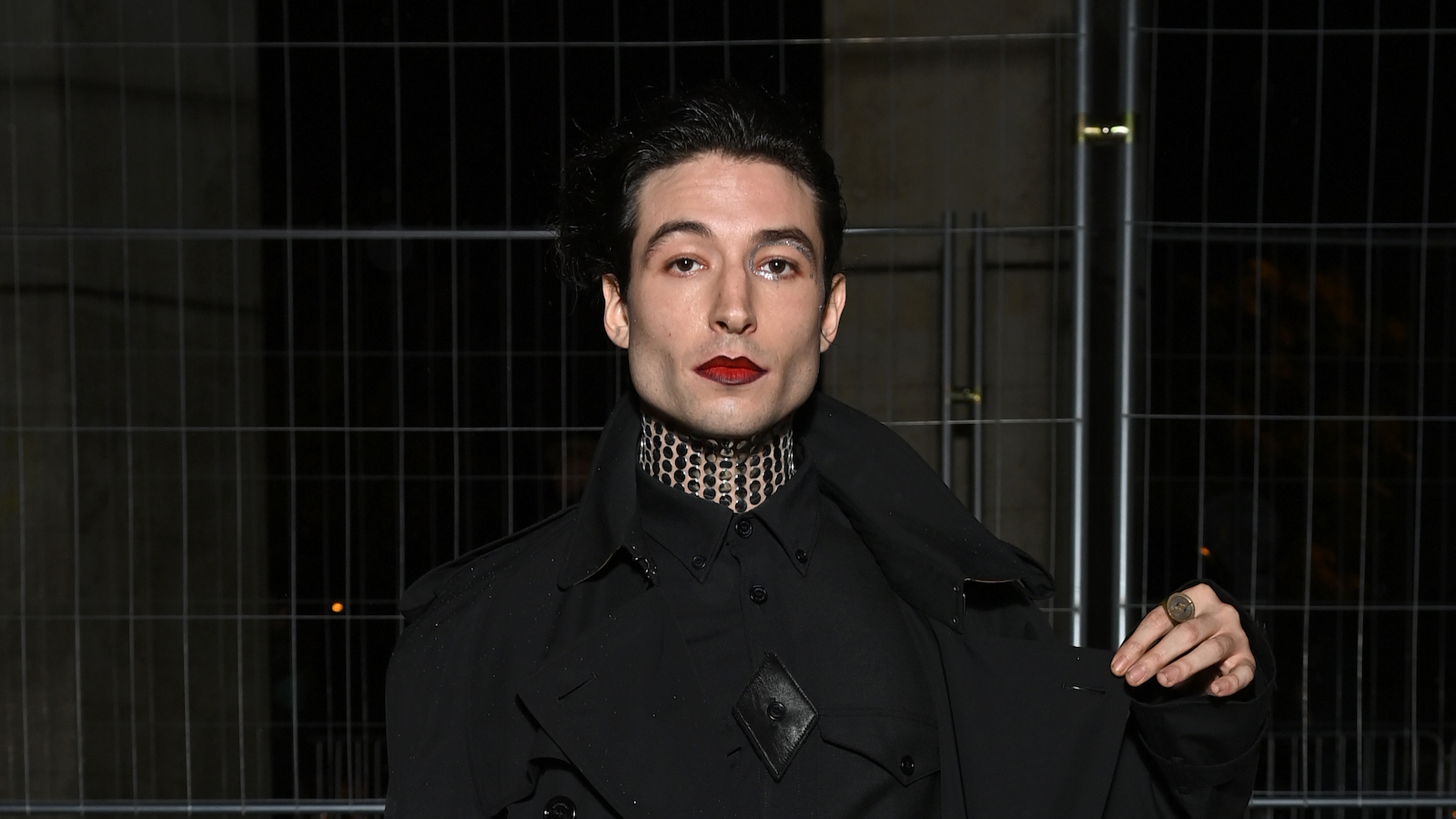 Miller took on the hate group in a video posted to Instagram, where they sported a ring with a logo from The Flash. Miller is set to play the super-speedy superhero in the forthcoming film of the same name, due out in November.

“Hello, first of all. How are y’all doing? It’s me. Look, if y’all wanna die, I suggest just killing yourselves with your own guns, OK?”

They continued, “Otherwise, keep doing exactly what you’re doing right now — and you know what I’m talking about — and then, you know, we’ll do it for you if that’s really what you want. OK, talk to you soon, OK? Bye!”

There’s not much in the realm of context for the video but it quickly started trending once it was released. Their caption didn’t help clear things up much:

“Please disseminate (gross!) this video to all those whom it may concern. This is not a joke and even though I do recognize myself to be a clown please trust me and take this seriously. Let’s save some live now ok babies? Love you like woah.”

Take a look at the video below.

Miller was also trending earlier in the week when The Flash began test screenings ahead of its release. Many on Twitter assumed this meant a teaser trailer would be released soon. The film is one of the most highly anticipated in the DCEU era, with Ben Affleck and Michael Keaton both reprising their roles as Batman.

In anticipation of the film, some fans were worried that the movie would erase all the lore generated with Zack Snyder’s previous DCEU films. Miller said this absolutely wasn’t the case, according to CBR.

“No power or force in any known megaverse would or could ever erase Zack Snyder’s mighty wrkz,” Miller said.

“You can take that quote. Take that to the bank, to the press, to the schools, to the military, and the other pillar of capitalism I’m forgetting ’cause of that thing where you try to think of a group of things you always forget one of them.”

Filming on The Flash wrapped up in October of last year, and director Andy Muschietti said there were a ton of things in the movie that fans won’t expect to see.

“We can tell you there are surprises, we cannot reveal what they are,” the director said.

“But it will probably blow your socks off…The less we talk about it the better. There’s excitement behind the cameras about those surprises. You better not know them until you see them on the big screen.”