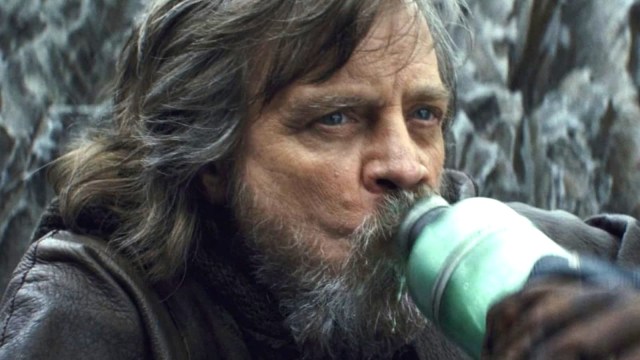 Thanks to Mark Hamill and his self-conscious and so-called “boomer” sense of humor, the Star Wars community has never lacked for dad jokes in their canon, but one hero has decided to course-correct the entire fandom by introducing the first set of in-universe puns on galaxy far, far away names.

Even if you’re a new initiate to the sci-fi universe, you must have realized by now that half the fun of being a Star Wars fan is sharing memes on social media and making fun of every conceivable facet of George Lucas’ iconic pop culture phenomenon.

Perhaps most specifically, the Star Wars prequel memes have formed a fandom of their own over the past few years, an effect that has been exacerbated by the release of Obi-Wan Kenobi, set after the events of Episode III – Revenge of the Sith.

But back to the topic at hand, one Star Wars fan has recently decided to showcase his full range of dad-joke prowess by springing this surprise on his wife:

“My husband thinks this is funny and clever,” and so do we, lady, so do we. I mean, it’s a wonder that no one has come up with “Coruscants” over the past three decades. Something tells us there’s a merchandising opportunity here, but don’t tell Disney. Hyper Jives? Bantha Milk? My personal favorite is the Obi-Wan Kenobeans.

The dad joke is so strong with this post that it’s giving us full-body cringe, but we can’t help but admit it’s also hilarious in an unironic kind of way. Other Star Wars fans certainly seem to think so, and here are some of the things they’ve been saying on the trending Reddit thread.

And, to no one’s surprise, coming up with puns of their own… (“This is getting out of hand. Now there are two of them.”)

One thing’s for sure; that wife has picked a keeper.

As wholesome as some of these are, we’re genuinely praying that this doesn’t turn into a trend in the Star Wars community.