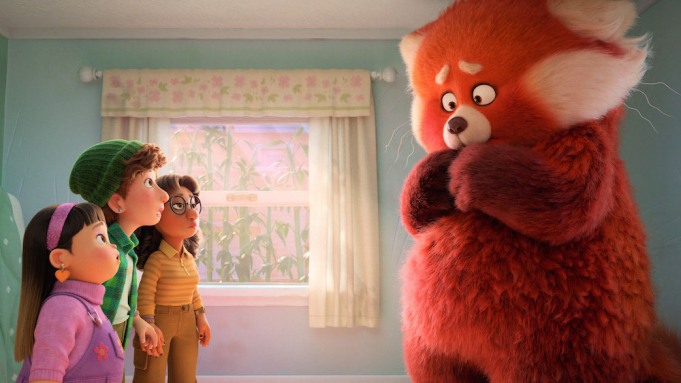 Disney Pixar’s Turning Red dropped on Disney+ today and fans are loving this new coming-of-age story with a twist. We all know how hard it is to go through your early teens (and the rest of them for a matter of fact), but how much harder would that be if every time you got emotional you turned into a giant red panda!

That is what our protagonist Mei Lee (Rosalie Chiang) is dealing with in this funny, family-oriented film, as she traverses new feelings and emotions, ones that seem to pull her away from her mother’s smothering love parenting style. Through the vehicle of the red panda, what Disney, Pixar, and director Domee Shi are actually exploring is a young girl dealing with hitting puberty and her changing body and hormones whilst growing up in an Asian Canadian household.

Mei has been raised to respect her elders, and obviously cares greatly for her mother, Ming (Sandra Oh), but struggles to form an identity outside of what is expected of her. That is, until the panda, cue rebellious teenage phase and the confusion of wanting to respect your family whilst finding your own identity.

There seem to be a lot of Disney films of late that look at the relationships in families with Coco and, most recently, Encanto being clear cases where the main conflict is found in the family dynamic rather than an external villain. So though Turning Red doesn’t seem to completely break new ground in that respect, the allusion to the once frowned upon topic of female puberty and getting your period is certainly a new story for the giants of animated film. It would seem fans are very much resonating with this, hitting Twitter with their love of the film and thanking Shi for creating the story.