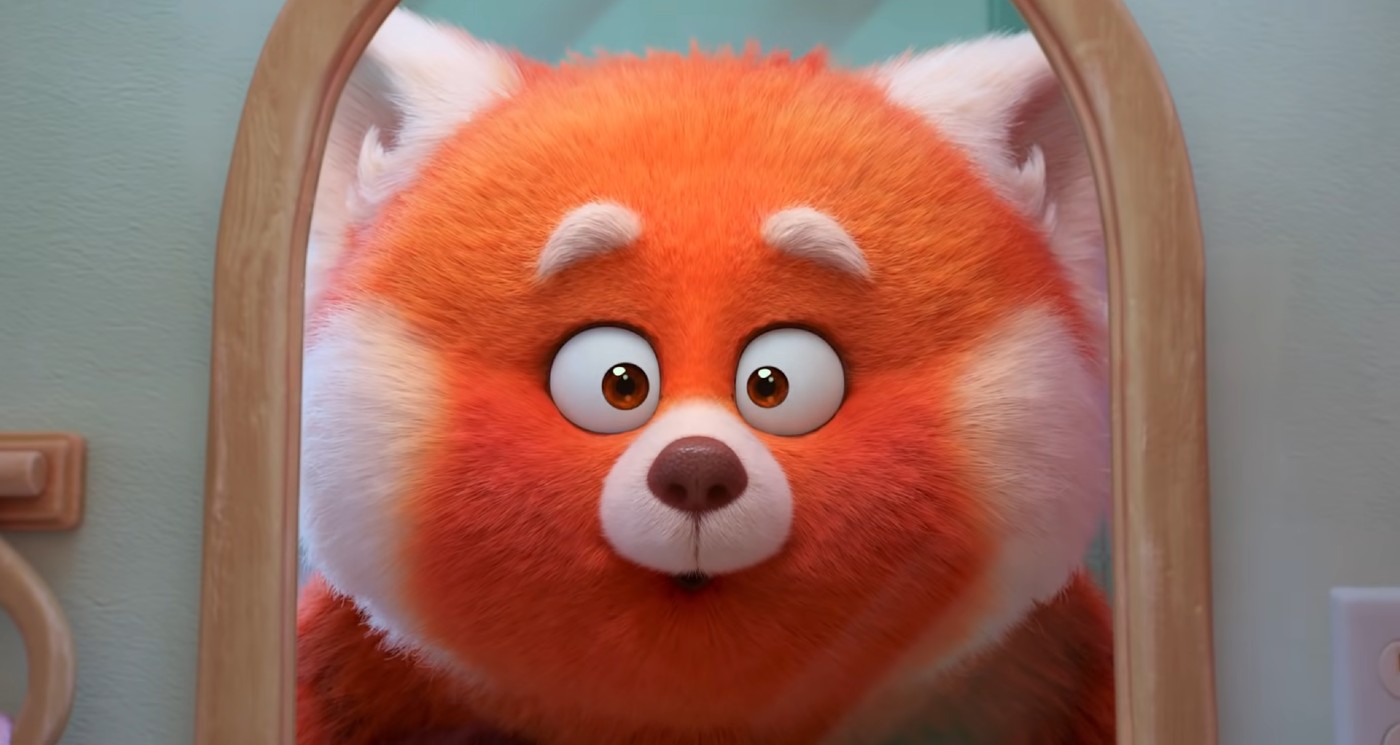 Disney Pixar’s latest release Turning Red is a coming-of-age film centered on 13-year-old Chinese Canadian Mei Lee (Rosalie Chiang). Mei is a confident girl who is an honor student at school, a dutiful daughter at home, and pretty happy with the life she has. That is until she starts turning into a giant red panda the moment she experiences a strong emotion.

After experiencing a traumatically embarrassing night, Mei wakes up the next morning to find that she has transformed into a giant red panda and understandably panics. Her mother, Ming (Sandra Oh), upon hearing her daughter’s cries from the bathroom, cautiously asks “did the red peony bloom?” Ming then barges into the bathroom fully prepared with ibuprofen, a hot water bottle, and a wide assortment of pads, proudly telling Mei that “[she is] a woman now.”

Though the red peony did not bloom in this particular instance that does not mean that Turning Red is simply a film about a girl turning into a big fluffy red panda. The whole film is a metaphor, alluding to but never directly stating what it is actually about — a story about female puberty and all that entails. It’s cleverly done with Mei experiencing hormonal changes as she becomes stressed and confused due to her body transforming uncontrollably.

The way the movie ties together Mei’s transformation into a red panda to puberty is ingenious with visual gags abound. Upon discovering her furry self she immediately smells her armpit and gags, grabs her belly as it bounces, and makes a mess in the bathroom due to her uncomfortable size, wailing “I’m a gross red monster!” These all correlate to things girls may experience as they hit puberty and start menstruating — stronger body odor, bloating bellies, and major mood swings.

Mei can only revert back to her human self if she calms down enough, which seems to be challenging as she is experiencing strong emotions that she has never felt before. But suddenly transforming into a panda isn’t the only change she is going through. She starts crushing on the local store clerk and vents her anger to her friends when her mother won’t let her see the hot boy band visiting the town.

She is conflicted by her lustful thought for these heartthrobs and is drowning in self-disgust at why she has started to feel this way. Through Mei, the film shows the confusion and turmoil of a young girl awakening to new desires; only in this case rather than simply gawking awkwardly or tripping over her words, Mei turns into a giant furry animal instead.

Periods and female puberty is not often depicted in television or movies despite it being an integral part of growing up for almost half of the world’s population, and if it is, it’s often shown as a source of shame or embarrassment. The word period wasn’t even said on US TV until 1985, when Courtney Cox, star of the hit sitcom Friends, became the first person to say the word in a Tampax TV commercial.

In an interview for Uproxx, Director Domee Shi said she pitched the film as the story of a girl “going through magical puberty and turns into a giant red panda.” She went on to discuss how the film was a way of reaching back in time to her younger self.

“This movie is actually is for 13-year-old Domee that was in a bathroom, horrified, thinking that she had crapped her pants. And too afraid to tell her mom or ask anybody about what was going on. It’s so weird because it happens to every woman, every girl, but you just don’t hear about it or talk about it and it’s awkward and crazy, but we all go through it.”

Turning Red also has the first all-female creative leadership team in Pixar’s history. It makes sense that a story revolving around a 13-year-old girl going through “magical puberty” would turn to female storytellers and creatives. Shi shared that when they sat down to draft the film’s story, the women in her team started sharing personal “battle stories from the grounds of puberty.”

The depiction of female puberty, even through a metaphor, is a bold step for Pixar as out of their 24 films released to date 20 are centered around male characters. Shi hopes that Turning Red will allow girls and women to feel seen through the movie, as they relate to the trials and tribulations Mei goes through.

Turning Red is now available to watch on Disney Plus.