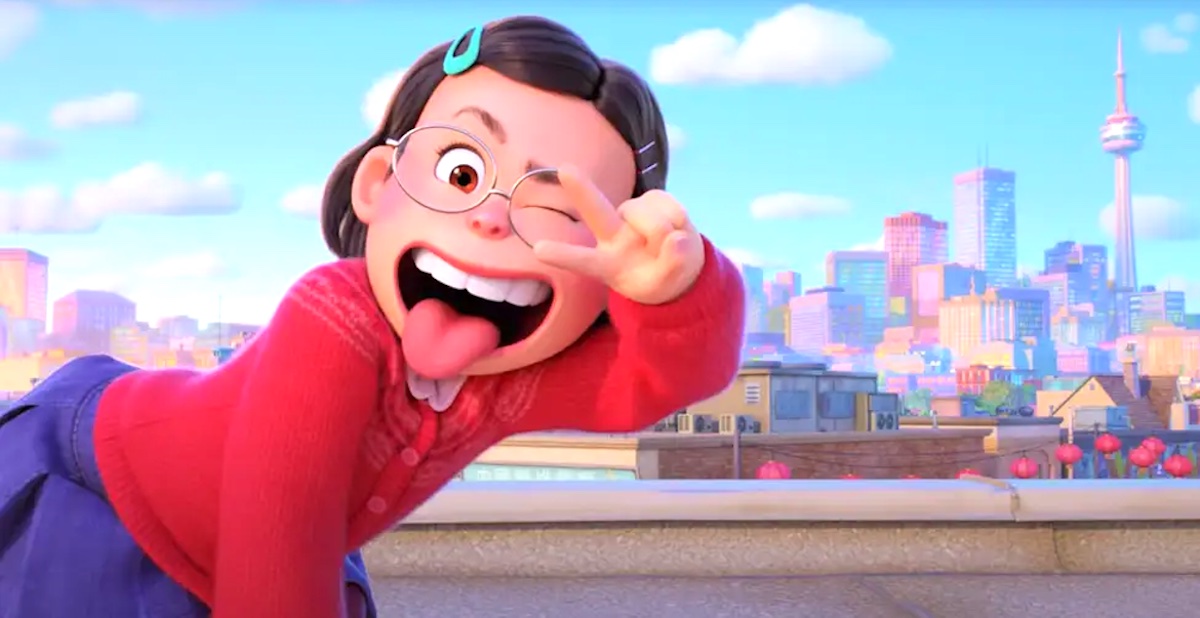 Pixar’s Turning Red lands on Disney Plus next week. The animation powerhouse’s latest feature follows 13-year-old Mei Lee (voiced by Rosalie Chang) as she struggles with the relatable difficulties of adolescence. Also, she turns into a giant red panda when she gets excited or too stressed. Early critics’ reactions to the film have been practically glowing, thus solidifying its potential as yet another smash-hit for Disney.

An interesting wrinkle of the production is that all members of the Turning Red creative leadership team are women. Domee Shi directs, with Julia Cho on script duties and Lindsey Collins producing. The team has already received praise from Pixar Chief Creative Officer Pete Docter for their imagination and efficiency.

In an interview with The Hollywood Reporter, he said:

“People who work well together wanted to work with other people that they like. They were not only all-female, but it was probably the most efficient film we’ve ever made. They were really smart thinkers and risk-takers. I think we can all learn something from them.”

Pixar President Jim Morris also seconded his opinion and described Turning Red as “one of the fastest films ever in terms of getting made at Pixar.” Well, the credit goes to the brilliant minds behind it for whom it was clearly a passion project as Julia Cho shared that this is exactly the kind of movie she always hoped to make:

“It’s basically my dream project. If I could make my dream project, it would be Pixar, women and Asian-American. I think that it’s just incredible that we are actually here, standing here, celebrating this movie’s release because it was such a dream for a lot of us who always wanted a story like this.”

Morris further discussed why Turning Red remains a Disney Plus exclusive when other major movies are now in multiplexes again. Though he admitted that the huge success of Spider-Man: No Way Home might have changed the game, he believes that families have been “a little more protective and reticent” about returning.

However, it’s likely that Turning Red is going to be the last Pixar exclusive movie on Disney Plus, so get ready to enjoy its unique story when it debuts on the streamer this March 11.