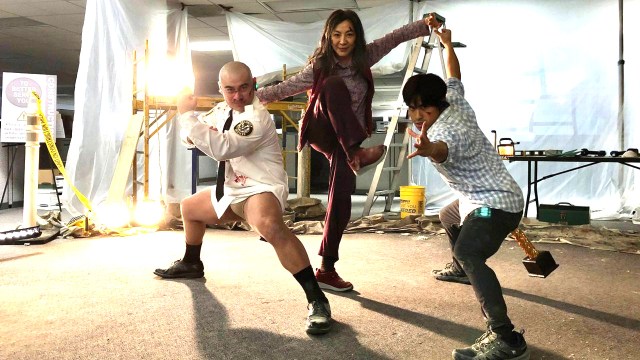 No offense intended to Marvel Studios, with the company having done a solid job of introducing the Multiverse Saga to the masses through Spider-Man: No Way Home, Loki, and Doctor Strange in the Multiverse of Madness, but the best film or television project to have arrived in the last 12 months that deals with alternate realities is undoubtedly Everything Everywhere All at Once.

The phenomenally absurd hybrid of action, comedy, drama, sci-fi, and many more disparate genre elements became A24’s highest-grossing release ever after earning $95 million at the box office, while a 95 percent score and 88 percent user rating on Rotten Tomatoes indicate near-universal acclaim, and there’s even been whisperings of a potential dark horse Best Picture nomination at next year’s Academy Awards.

Everything Everywhere only cost a fraction of what it takes to put a Marvel Cinematic Universe blockbuster together, too, and given how they’ve already proven their multiversal chops, fans are now pushing the idea of having Daniels Kwan and Scheinert take the reins on Avengers: Secret Wars.

The biggest question is whether or not the filmmaking duo would even have any interest in foregoing their unbridled creative freedom to fit themselves into the MCU’s wheelhouse, or even if they would entertain the mere notion of boarding the biggest franchise in the business.

It would also be a hugely risky gamble to appoint them as directors given their inexperience in the studio-backed arena, but based entirely on Everything Everywhere All at Once, it might be one well worth taking.