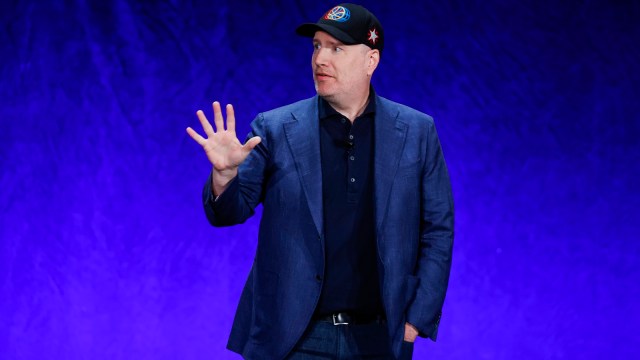 As the most well-known producer in Hollywood, not to mention the most successful of the modern era, you wouldn’t have thought Kevin Feige would hold many regrets from his 15 years at the helm of Marvel Studios. Well, besides his burning hatred for Inhumans, something that’s becoming more and more apparent throughout Phase Four.

However, the company’s chief creative officer has already revealed his single biggest regret over four years ago, and there’s a high chance you’d never be able to guess what it was off the top of your head. A controversial plot point? A casting opportunity that was missed out on or went awry? Behind the scenes disagreements? His battles against the infamous creative committee?

No, as he admitted that fateful day in April 2018, the one thing that keeps him up at night is the decision to dye Chris Hemsworth’s eyebrows blonde for the first Thor movie.

It’s admittedly jarring when your revisit Kenneth Branagh’s opening installment these days, but fans on Reddit are asking whether it’s worth doing a George Lucas and going back into the edit to make them match Hemsworth’s brows for the rest of his MCU stint.

The best responses are the ones claiming the opposite; plenty of folks would much rather see Thor’s eyebrows altered to reflect the blonde, which would be a hilarious way of going about it. Suffice to say, Feige may still wake up in a cold sweat over the bold call, but he’ll never let anything quite so heinous happen on his watch again.