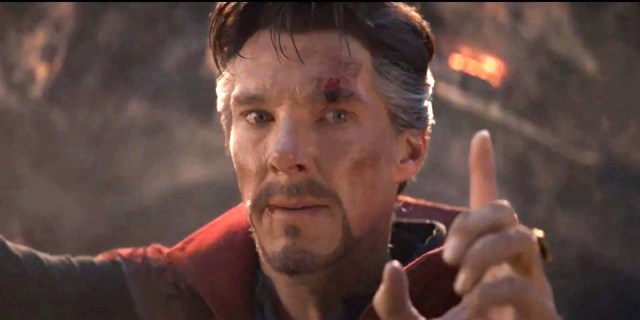 One of the most contentious plot points across the Avengers: Infinity War and Endgame double-header was Doctor Strange‘s decision to hand the Time Stone over to Thanos without so much as putting up a fight, with the Sorcerer Supreme acting in the name of the greater good.

Having seen over 14 million possible futures where Earth’s Mightiest Heroes battled the Mad Titan, the only one in which they emerged victorious required the hulking purple alien warlord to achieve his goal of restoring his own twisted sense of balance to the universe by instantly wiping out half of all living creatures.

Of course, seeing the Illuminati from the 838 timeline leaving Thanos as a pile of murdered goop has opened up a can of canonical worms, but a more interesting question has been posed by Marvel Cinematic Universe fans over on Reddit. Doctor Strange is still regarded as a well-known superhero and regular defender of New York City, but do people know he played a huge role in the Blip?

It was briefly mentioned in passing that Strange’s decision was brought up during an episode of the Scott Lang podcast we’re all hoping becomes a reality, but Ant-Man wasn’t on Titan with the the Master of the Mystic Arts and his team of Avengers, so he might not have the whole story.

Tony Stark is dead, nobody knows who Peter Parker is following the events of Spider-Man: No Way Home, and the Guardians of the Galaxy jetted off into space following the victory in Endgame, so realistically the only accounts of what Doctor Strange did would have come from second-hand information and recollections, which adds another intriguing wrinkle to the dilemma that haunted him for five long years.