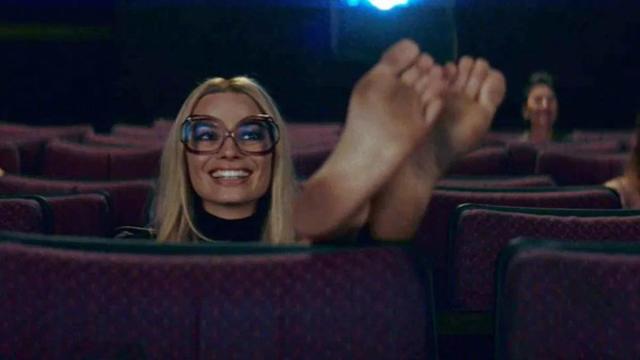 Quentin Tarantino has many recurring motifs in his movies. There’s the fictional “Red Apple” cigarette brand, shots from inside the trunk of a car, and “Fruit Brute” cereal. Perhaps the most notorious is (you guessed it) the repeated close-ups of women’s feet.

There are scenes in which feet take up almost the entire screen in Kill Bill, Death Proof, and Once Upon a Time… in Hollywood. In From Dusk ’til Dawn, Tarantino’s character, Richard Gecko, even drinks tequila off Salma Hayek’s foot. Unsurprisingly, many have concluded that the famed director has a foot fetish, but movie fans are debating whether anyone should really care.

In a thread asking whether anyone has a “genuine issue” with this, the top-voted responses say that they only care when it breaks the movie’s immersion. To be fair, the moments in Once Upon a Time… in Hollywood where Margot Robbie’s dirty feet are waggling in front of the camera do feel egregiously fetishy.

In comparison to some of the depraved and evil stuff we hear going on behind the scenes in Hollywood, Tarantino having a foot fetish is about as vanilla as it gets. The replies note that no actress has come forward to complain that he ever behaved inappropriately towards them. In fact, Margaret Qualley appears to have had a positive experience showing her feet on camera.

Her protest, she said, was simply a matter of aesthetics:

“I know that I undermine myself pretty regularly, but I’m genuinely telling you these are not good feet. Look at these. I know I’m self-deprecating, but I’m not being in this particular instance.”

But she did the scene and has no regrets:

“I used to actually be pretty mortified with my feet. Maybe I can finally just give up that now.”

Let’s count our lucky stars that those asked to expose their feet on camera for Tarantino’s films are fully consenting and not underage. It’s depressing that this is the low bar so many monsters in Hollywood catastrophically fail to clear, but we’ll take what we can get.

At least no one can complain that Tarantino’s movies don’t have sole.