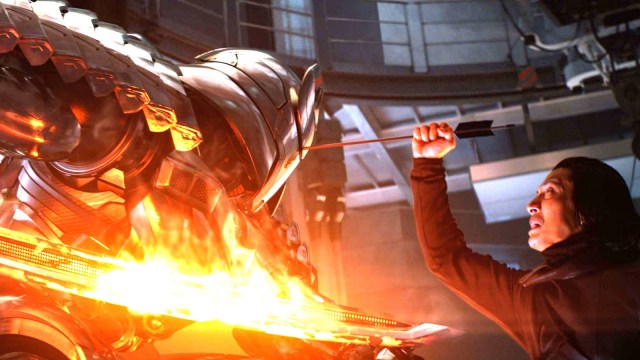 Taking the old soccer adage and transplanting it to the silver screen, cinema can often be a game of two halves. In the best instances you get something like From Dusk Till Dawn; which starts off a standard crime thriller before morphing into an insane vampire Western. On the other side of the equation, history has yielded plenty of titles that kicked off with a bang, only to end up falling off a cliff.

There are few more disappointing and frustrating experiences for film fans than getting intrigued, engrossed, and excited at the events unfolding in front of their eyes, only to watch it all turn to dust as the back half goes to pure, unadulterated sh*t. That might be excessively descriptive, but that’s the gist of the conversation that’s been happening over on Reddit.

Brian De Palma’s Mission: Impossible is a contentious place to start without a doubt, but Will Smith’s Hancock coming up immediately afterwards hits the nail right on the head. A subversive superhero story about a negligent alcoholic who could either destroy or save the world if he wanted to, by the time the credits rolled we were talking about nothing but another cookie cutter costumed crimefighting story.

The last act of Luc Besson’s bonkers Lucy is another fair point, with the generic CGI climax of James Mangold’s The Wolverine another excellent shout, but at least the filmmaker managed to redeem himself with the incredible Logan. It isn’t all Danny Boyle’s Sunshine and roses, but excellent points are being made about movies that flushed their own goodwill right down the toilet.