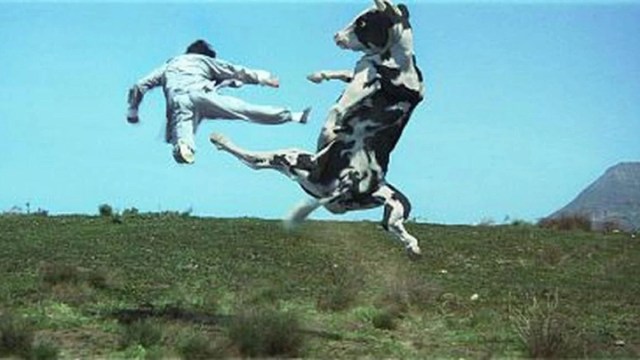 Any self-respecting film fan knows that there’s a clear distinction between bad movies, and bad movies that are genuinely entertaining based entirely on how bad they actually are. However, finding the line in the sand that separates the two is a matter of taste and personal preference, which is known to cause arguments that can stretch on for what feels like forever.

As you may have guessed, Joel Schumacher’s Batman & Robin was quickly tossed into the conversation, as was demented intergalactic Friday the 13th sequel Jason X. Kung Pow: Enter the Fist, widely regarded as one of the worst studio comedies in history (albeit the only one to feature a poorly-rendered CGI cow imitating The Matrix) also makes the cut, which is something we should have seen coming.

Elsewhere, G.I Joe: The Rise of Cobra appears for reasons that might have to do with Stephen Sommers’ toyetic trash effectively being a live-action version of Team America: World Police, but we may have to draw the line at any mention of Michael Bay’s Transformers franchise.

It’s nothing but the goddamned Wild West out there, but it’s nonetheless intriguing to see which affronts to cinema hold a special place in people’s hearts.