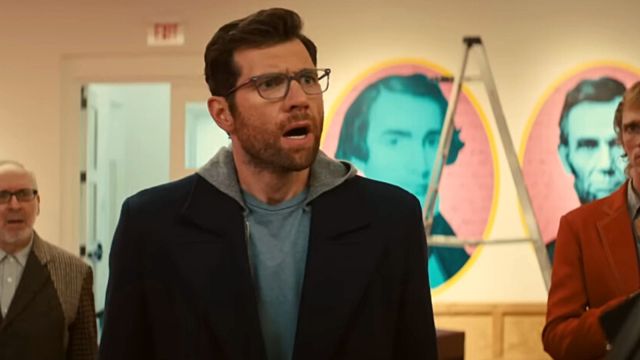 Bros was promoted to be the first gay rom-com produced by a major studio, back when it was announced at Cinema Con 2022. And now, the reviews are in.

At the time of writing, Bros has earned a whopping average rating of 95 percent on Rotten Tomatoes. It seems like the film impressed critics as they claimed they laughed and the movie was a “crowd pleaser.” Some have also expressed how the film felt “heartwarming” and reminded them what a good romantic comedy should be.

Caryn James from the BBC said that the film embraces rom-com elements and, while the film felt cliché at times, it doesn’t ruin the charm and was still entertaining.

“Bros races along almost until the end when it embraces romcom elements, including a montage, that land as more clichéd than subversive. But that doesn’t make the rest of this charming film any less entertaining and effective.”

Meanwhile, Nicolas Rapold from The Financial Times has said that the film was able to “feel fresh” while also recognizing what makes a rom-com good.

“Bros eases into the recognisable contours of the romcom, but there’s a rawness and a vulnerability here so foreign to recent entries in the genre as to feel fresh.”

But not all films are perfect —it didn’t receive a 100 percent rating after all. John DeFore from Hollywood Reporter has criticized the film for being “less original” than expected and wished that it was better than what was presented on screen.

“Entertaining, but less original than it initially seems.”

Regardless, the film made a lasting impression on critics as it was able to produce a well-entertained romantic comedy. Bros stars Billy Eichner and Nicholas Stoller and have promoted itself to showcase more positive LGBTQ+ representation on the big screen. The film has an entirely open LGBTQ+ cast and would be the first film of its kind to showcase gay people falling in love.