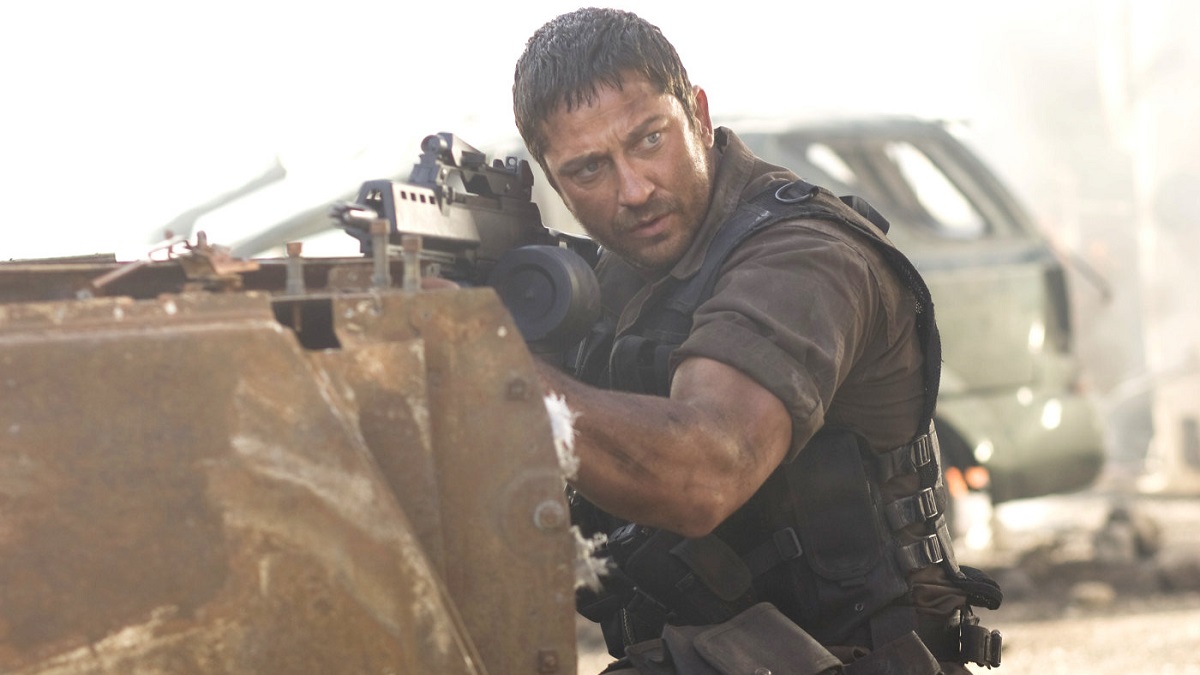 Having carved out a hugely successful niche for himself in the world of mid budget running and gunning, Gerard Butler has ascended the ranks of cinema’s finest ass-kickers to secure himself a reputation as one of the industry’s most prominent and popular action heroes, but it sounds like he wants more.

The actor doesn’t tend to stretch his dramatic muscles very often, and even when he starred in a Shakespeare adaptation he ended up mowing down his enemies with a machine gun, but it sounds as though the gruff Scotsman has designs on emulating the career of two-time Academy Award winner, beloved screen legend, and America’s Dad, Tom Hanks.

We’re not quite sure how he plans to accomplish such a lofty goal, but Butler nonetheless admitted to ComicBook while discussing the in-development sequel Night Has Fallen that he’s got Hanks in his sights, albeit with a more muscular twist.

“We have a script for that, but I haven’t been working on it at the moment. We have a really fun idea, it just needs to be to be developed. But it’s been fun recently, making action. I will say — I want to play more the Tom Hanks of action movies. Let me take a break from the Mike Banning, where it’s literally seven or eight full-on fight sequences in every movie, fistfights. And actually claiming the characters that are real, who have to pull something extraordinary out of themselves that an audience can really identify with because that’s what we need right now.”

Basically, Butler continues to keep making the sort of films people expect to see him starring in, but with an added layer of gravitas and less physicality. At 53 years old, he’s not going to be able to keep up his current hot streak forever, so maybe an evolution is on the cards.