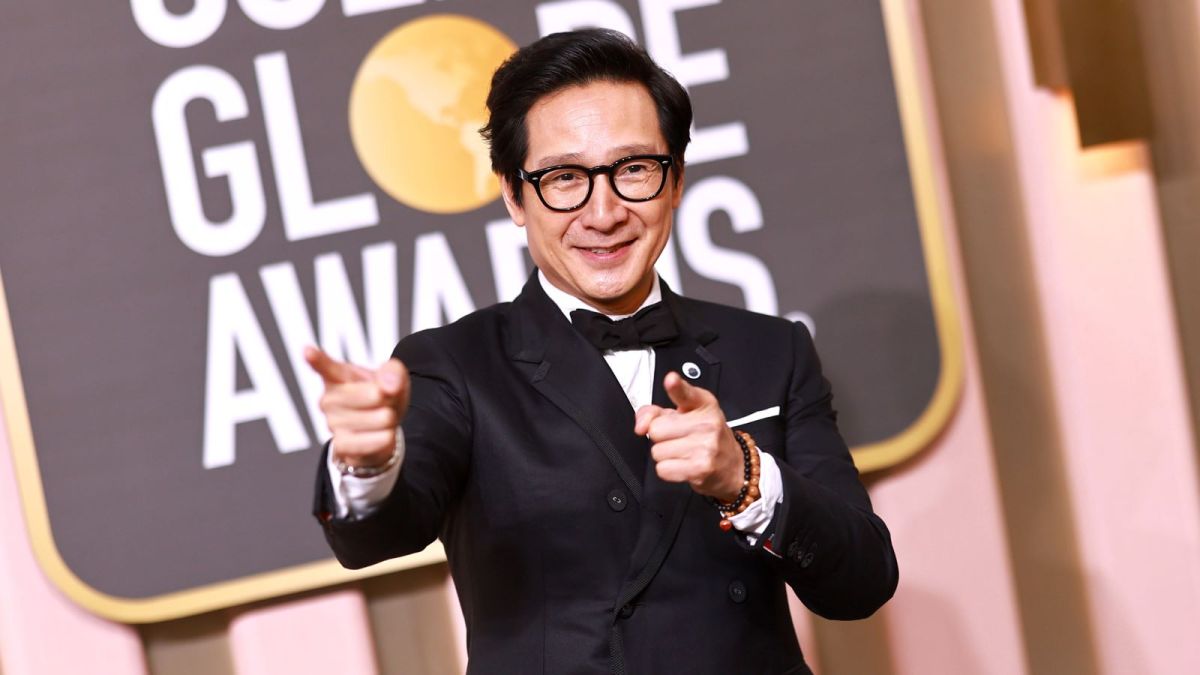 Ke Huy Quan made his name in a pair of solid gold 1980s classics. In Indiana Jones and the Temple of Doom, he played Indy’s sidekick Short Round, following that up with playing Data in The Goonies one year later. Despite this great start, Quan found it difficult to get roles and decided to switch career focus away from acting and towards being a stunt coordinator and assistant director.

Now he’s made a truly incredible comeback with his first role since 1992 in Everything Everywhere All at Once. The multiversal adventure had a fantastic night at the Golden Globes, scoring Best Performance by an Actress in a Motion Picture — Musical or Comedy for Michelle Yeoh (who gave an instantly iconic acceptance speech) and Quan scoring an upset against the likes of Brad Pitt and Eddie Redmayne by scoring the Best Performance by an Actor in a Supporting Role in Any Motion Picture award.

So, with his career having a belated resurgence, might we finally see the long-awaited Goonies 2? Quan discussed the long development of the movie with Deadline, saying:

“For the last 30 something years we tried to do Goonies 2. I wished it had come to pass when I was young, I thought I would need it to make a career comeback. We had numerous scripts, but not one script that felt that it could live up to the original,”

He also paid tribute to The Goonies late director Richard Donner, admitting that he was a big part of the original’s success:

“Sadly we lost Dick Donner, the captain of our ship. I really don’t know if there will be a Goonies 2, but I’m open to revisiting the character.”

Despite Goonies 2 looking doubtful, there is some light on the horizon for fans. In December 2021, Disney Plus picked up an Our Time, a drama from The Bold Type‘s Sarah Watson about a group of film students trying to make a shot-for-shot remake of The Goonies. We haven’t heard any news on that for a while, but at least in some form, the Goonies dream remains alive.