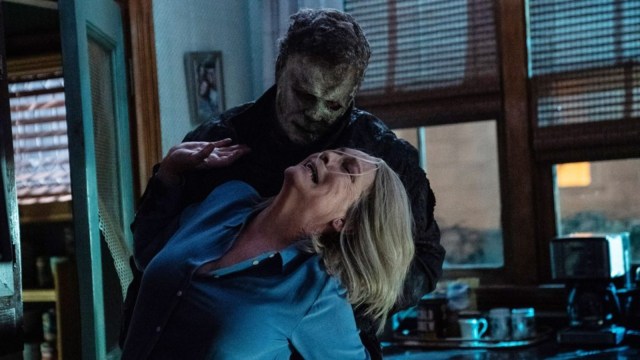 Halloween Ends releases worldwide today, Oct. 14, marking the final time that Jamie Lee Curtis and Nick Castle will appear on-screen as Laurie Strode and Michael Myers, respectively, after starring together in John Carpenter’s original Halloween in 1978. David Gordon Green replaced John Carpenter in the director’s chair for a sequel trilogy that follows the events of the 1978 film while disregarding all other entries in the long-standing franchise. Commencing with the 2018 film, Green went on to produce Halloween Kills (2021) and now Halloween Ends (2022), with the trilogy picking up 40 years after Michael’s incarceration and portraying Laurie Strode as a near-sixties paranoid alcoholic. After rave reviews for the 2018 film, mixed reception for Halloween Kills and a verdict yet to be given on Halloween Ends, David Gordon Green reflects on crafting a slasher trilogy, particularly with such big shoes to fill.

Speaking to the A.V. Club, Green was asked how much the trilogy was planned versus improvized and where he hoped the modernized sequels would end up. He discloses that while there was no conventional or technical plan, there was a clear vision of an ‘essence’ they were trying to capture. Confirming some suspicions, Green continues to mention that — like most directors — there isn’t necessarily a plan of sorts until the ball gets rolling. According to Green, there were vague inclinations that the trilogy would follow a certain structure, progressing from an introduction to a bloody massacre and ending as an uncustomary “love story,” which doesn’t sound very horror-friendly, but we trust the process.

“Well, that’s an interesting question because there was a plan of an essence. But I don’t know necessarily a plan until I’m on set and we’re really engaged in things, no matter how much rehearsal or writing I’ve done. It’s still a vague tapestry until we start really getting in there and weaving it together.

So after the success of our 2018 film, we knew where we wanted to go vaguely. And I knew that I wanted to center the second film around a lot more action and aggression. And then I wanted the third film to be a love story that felt more grounded and intimate. And so those were always essential ingredients in this, and then trying to figure out how to tell the story of the manifestation of evil.”

Further expanding on his analysis, Green shifts focus to Michael Myers himself. He strains that while Michael is the central focus, especially in Halloween Kills, he doesn’t want to explore Michael’s backstory because it isn’t compulsory to learn whatever makes him tick. Although Michael himself is off-limits for examination, the unstoppable evil that he represents — that corrupts Haddonfield — is more interesting to unravel for an audience and grants a new perspective with the introduction of a new non-biased character who gives opinions on Michael’s actions, Laurie’s responses and Haddonfield’s condition.

“The second one is a big Michael Meyers exploitation movie—that’s what Halloween Kills is for me, the opera of Michael Myers. And then two is you’re not going to go into a Michael Myers backstory because as far as I’m concerned, that’s forbidden territory. I don’t want to know his motivation, what inspires him.

But I do ask a lot of questions about evil and community that have been left in the aftermath of the Haddonfield massacres. So trying to find a way to ask these questions, but not [doing that] through Michael Myers insisted I bring in a new character to give a perspective of Michael and his behaviors, Laurie and her insights, and then Haddonfield as a whole.”

Green seems to have molded the slasher formula to his liking, stripping it down to its bare bones and shaping it accordingly rather than relying on tropes to make that connection. It appears that Green has profound respect for John Carpenter and his groundwork, but has managed to make it faithful and fresh at the same time. While reviews aren’t all promising, we can hope that Green sings Strode and Myer’s swan song with the sweetest tune he can muster.

Halloween Ends is showing in theaters and available on Peacock now.