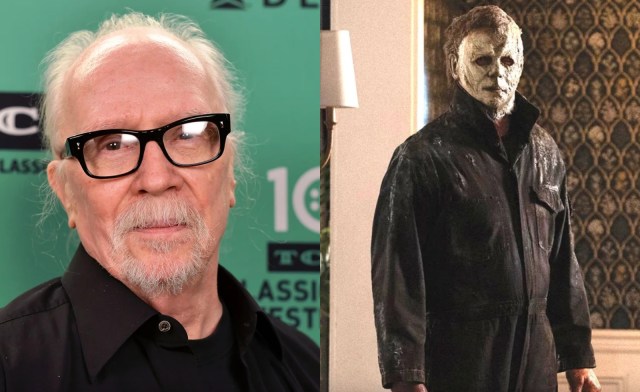 After months of grueling anticipation, David Gordon Green’s Halloween Ends is finally available to watch both in theaters and on Peacock. And while some reviews have proved to be less-than-favorable, the true nod of approval belongs to iconic horror filmmaker John Carpenter — who memorably directed the 1978 original, which eventually spawned an entire franchise.

As many fans are aware, Carpenter’s Halloween undoubtedly set the tone for the massive slasher sub-genre, with his film primarily focusing on immortal villain Michael Myers as he stalks and targets babysitter Laurie Strode on Halloween night. Strode, who is a focal point in the fresh-faced trilogy, is notably portrayed by scream queen Jamie Lee Curtis — who Carpenter is unapologetically a huge fan of. While chatting with MovieMaker, the 74-year-old director offered plenty of praise for both the “risks” in Halloween Ends and Curtis’ “extraordinary” acting prowess, saying:

It was good! I enjoyed it. It’s very different. I enjoyed the risks that it took. Jamie (Lee Curtis) was just extraordinary in it. She’s just wonderful. I’m so proud of her.

Along with Carpenter, horror icon Stephen King has offered up his own praise for Green’s third chapter — with King describing the horror movie as a “character driven” vehicle that he certainly enjoyed. Still, the film’s lackluster 46 percent score on Rotten Tomatoes isn’t an ideal situation, though it seems to be far-stretched from the outpouring of distaste for Halloween Kills — which is definitely an accomplishment all on its own.

Halloween Ends is available in theaters and on Peacock now.