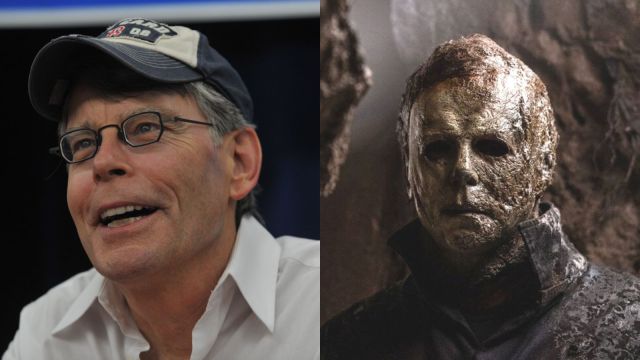 Halloween Ends hasn’t had much luck with critics, so all eyes turned to the king of horror as Stephen King shared his thoughts on the franchise-ending film.

King has seen countless adaptations of his works hit celluloid form, with an awful lot of them not being anywhere near as good as the books they’re based on. One of King’s many redeeming qualities has been his willingness to give young creatives a chance at his properties, and is to thank for Sam Raimi’s The Evil Dead getting a massive boost in popularity.

As an esteemed armchair critic of the genre, King has weighed in on Halloween Ends, as the world begins to overflow with reactions to the end of the David Gordon Green trilogy. Somewhat surprisingly, King has gone against the grain of the majority of critics, giving it a warm review.

Citing its strong character work, he admits it “doesn’t reinvent the wheel”, but was suitably enjoyable. King tends not to tweet about TV or cinema unless he’s got something nice or of substance to say, and didn’t have any comments on Ends‘ predecessor Halloween Kills.

One of the positives of the Green trilogy has been a focus on its characters, with the many previous sequels and reboots struggling to really hit any notes. Despite Kills‘ poor reception, Jamie Lee Curtis is still giving her absolute all as Laurie Strode.

Originally, Halloween Ends was going to go up against a King adaptation at the box office, before Salem’s Lot got pushed back indefinitely. Only Michael Myers remains standing, with Ends currently in cinemas as well as on Peacock.