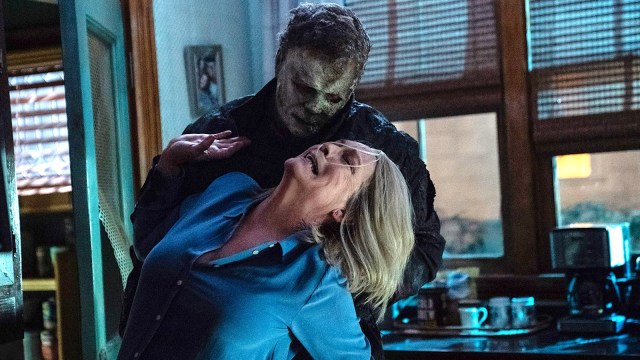 One of the most disappointing outcomes for a mega-hyped horror film is the possibility of the end scenario failing to live up to heaps of expectation. And while this occurrence can unequivocally happen within any cinematic genre, the latest movie under the microscopic lens is Halloween Ends — which has apparently already caused a plethora of fans to hold their breath and await sheer disappointment.

With the upcoming horror project expecting its big-time release in both theaters and on Peacock tomorrow, all eyes are on Jamie Lee Curtis and team as the clock winds down on arguably the most anticipated spooky extravaganza of the year. However, many horror junkies on Twitter certainly have much to say about the looming third entry in the trilogy, with many concerned that the movie’s embargo being lifted so close to actual showtime is a major point of concern.

As previously mentioned, the issue has run rampant all over Twitter, where users have pointed out and questioned the review embargo being lifted only a day before the official release of Halloween Ends — which includes early showtimes scheduled for today.

While the recently lifted embargo does provoke a head-scratching concern, it’s simply too soon to completely sour on the horror movie as a whole — especially when the marketing team has promised an endless adventure of twists and turns. And while horror veterans are still trying to figure out whether or not this is truly the “end” for immortal figure Michael Myers, it’s best to take the film for what it is and celebrate one of the hottest spooky seasons in recent years.

For the moment, Halloween Ends arrives in theaters and on Peacock tomorrow.