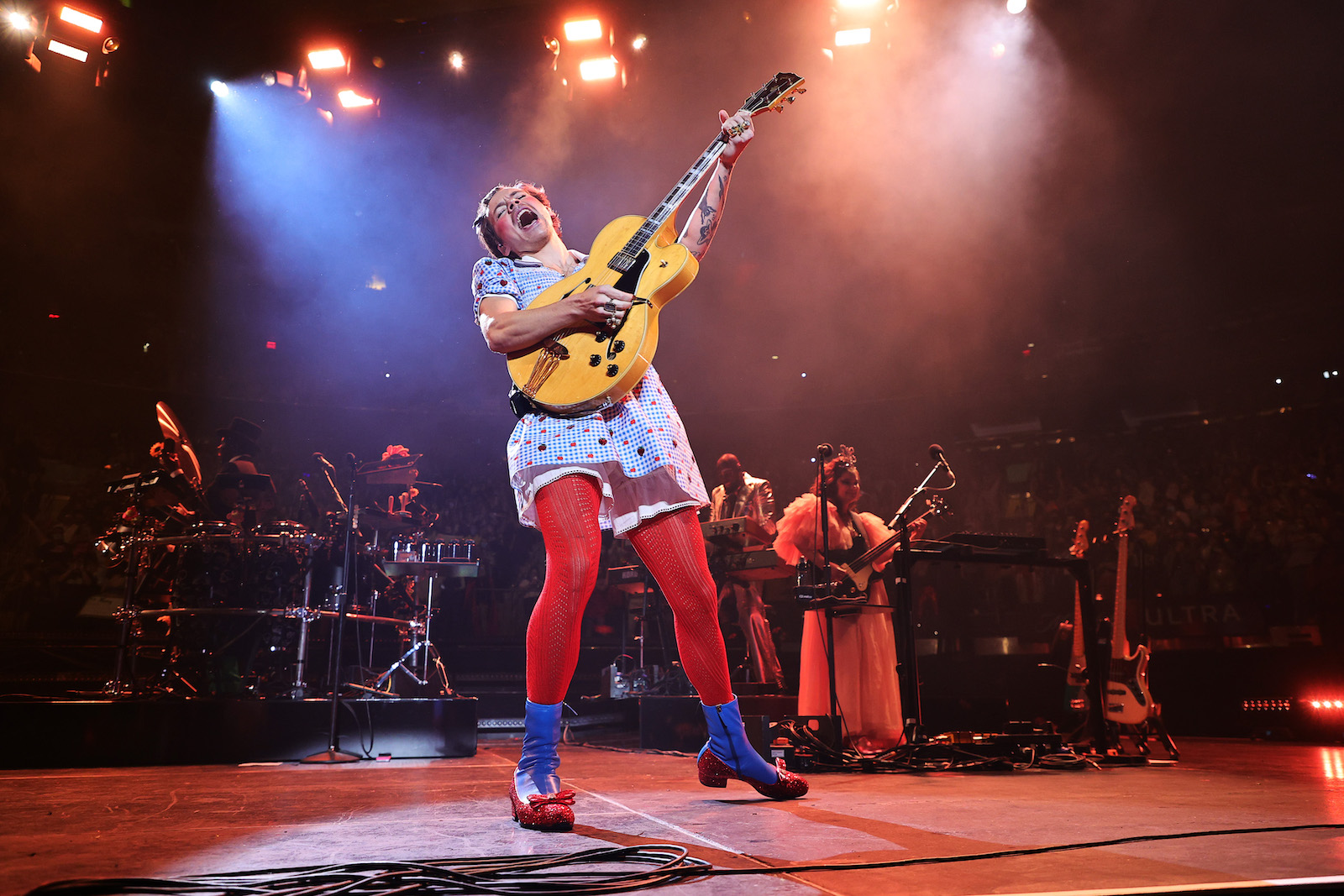 It’s no secret that Harry Styles was bitten by the acting bug a while back. The pop singer appeared in Christopher Nolan’s Dunkirk, made a not so secret anymore appearance in Eternals, and is lined up to take center stage in girlfriend Olivia Wilde’s upcoming Don’t Worry Darling. So it shouldn’t be surprising to find out that Styles looked to combine both talents and audition for the King of Rock and Roll.

Unfortunately, his nerves may have gotten the better of him. Styles paid a visit to the Howard Stern Show this week and confirmed that he had indeed auditioned for the part of Elvis Presley in Baz Luhrmann’s upcoming biopic, only to lose out to the actor the part eventually went to, Austin Butler.

Styles is in good company. A-listers Miles Teller, Ansel Elgort, and Aaron Taylor-Johnson all tried out for the part. Not getting the part may have smarted a bit more for Styles though. Not only is he in a better position than the other candidates to understand the pitfalls of pop stardom, Styles has also been a fan of Elvis since he was a boy.

“Elvis was probably the first person I knew outside my family when I was a very small child,” Styles told Stern, “so there was something incredibly sacred about it that felt like I should go for it, but I was very intrigued.” His sister Gemma confirmed Harry’s early fandom to Express saying that Styles had a fairly good impression of the King down even in his early years. “He used to do quite a good sort of Elvis warble. He would sing in the bathroom because if it was him singing as himself, he just couldn’t have anyone looking at him!”

Gemma said Harry would eventually use Elvis’ style to practice for his X Factor audition which eventually landed him his membership in One Direction.

Styles certainly doesn’t have much time to dwell on sour grapes. In addition to Don’t Worry Darling, the singer’s third album, Harry’s House, is set to debut with an estimated 450 thousand sales and Styles is gearing up for a five-city North American tour.