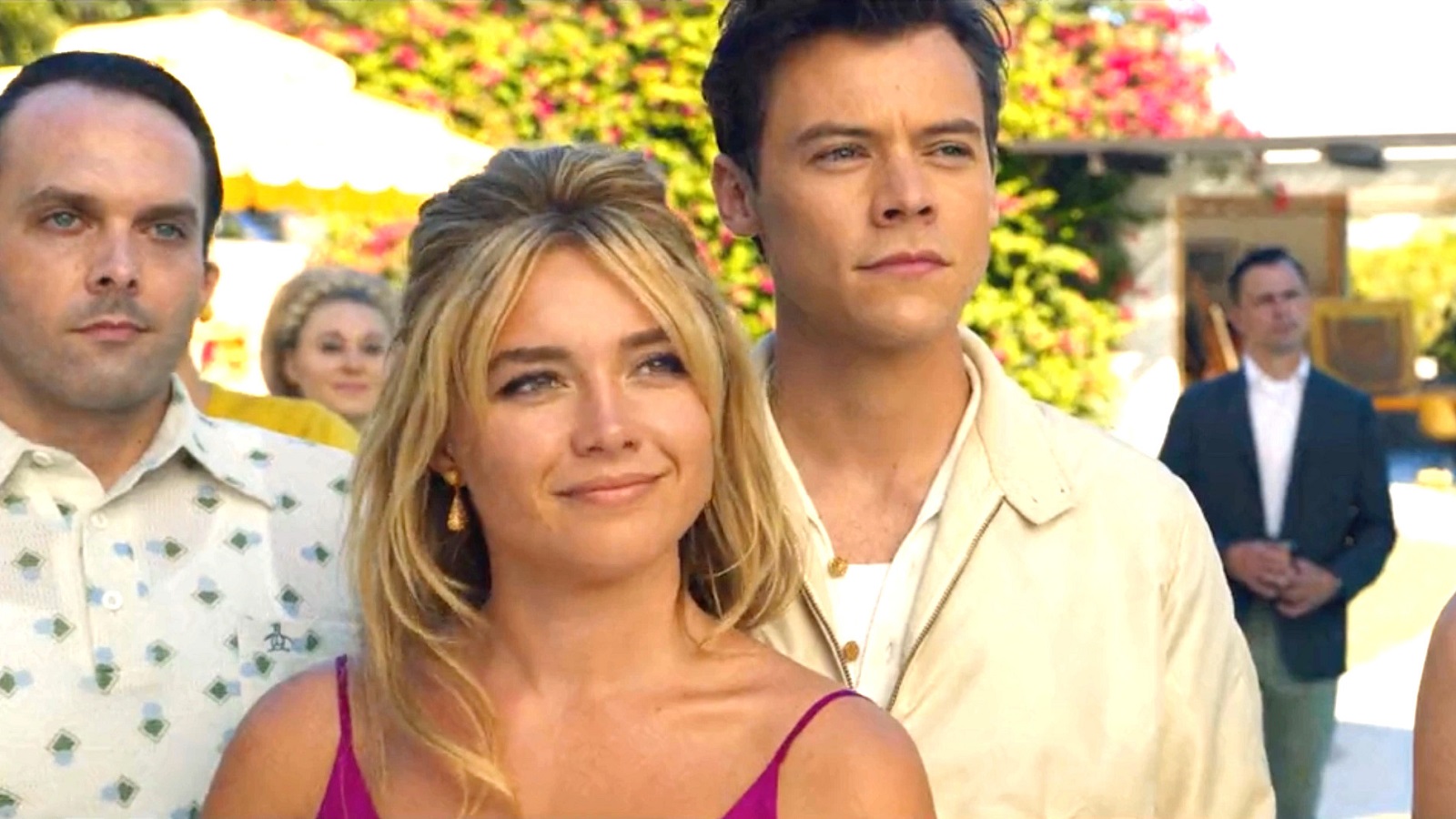 Warning: The following article contains spoilers for Don’t Worry Darling, which is a movie.

The theatrical release of Don’t Worry Darling is a revelation to fans who are discovering that Harry Styles’ spaced-out description of the film is spot-on.

Styles’ seemingly disjointed response to what he liked most about the movie went viral due to its sheer randomness and the fact that his co-star Chris Pine appeared to dissociate while he was speaking.

“You know, my favorite thing about the movie is, like, it feels like…like a movie. It feels like a real…like, you know…go to the theater film movie. The..you know…kind of the reason why you go to watch something on the big screen.

However, now that the film has been released, fans claim that his cryptic characterization makes more sense after watching it.

Breathemein posted the film’s promotional photo of Florence Pugh in Style’s arms with the caption, “In his defense I swear it felt like a movie.”

Another fan chimed in, saying, “It did feel like a movie, and I’ve never felt worse for not trusting him on that.”

AbbyMcCutchan tweeted a still photo of the Thumb Thumbs from Spy Kids to make the point that Don’t Worry Darling is easily misunderstood without context.

Other fans were triggered by a scene of Styles dressed down to look like he had let himself go.

Olivia Wilde, who co-starred in and directed Don’t Worry Darling, received praise from fans who were impressed with her sophomore film and gave the production high marks.

While it may not be an earth-shattering cinematic experience, most fans agree that the film is well worth buying tickets and popcorn.

Don’t Worry Darling is currently playing in theaters. You can read our review of the film, which our critic agrees feels like a movie, here.