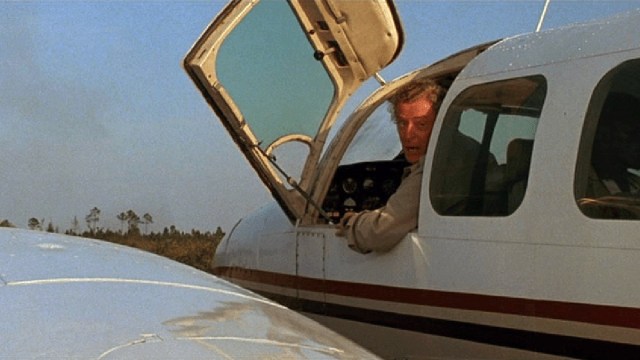 Any franchise that begins with one of the greatest, most important, and most influential films in the history of cinema has nowhere to go but down, but watching what became of Steven Spielberg’s baby by the time Jaws: The Revenge rolled around in 1987 is almost painful to witness.

Widely and entirely deservedly regarded as one of the worst movies ever made, the fourth and final installment in the shark attack saga is one of the very rare features to hold the unwanted distinction of a big fat zero percent score on Rotten Tomatoes, while even the more forgiving fandom has only plucked up the courage to award it a paltry 15 percent audience average.

It speaks volumes that the most memorable thing about the entire endeavor is Michael Caine’s famous quote about acknowledging that Jaws: The Revenge is terrible without ever having actually gotten around to seeing it, while making a point of noting that it did provide him with the financial means with which to build himself a lovely new home.

The Revenge did at least only “win” a solitary Razzie from seven nominations, but it’s clear that 35 years hasn’t been anywhere near long enough to soften the consensus that Jaws 4 is an abomination against the good name of cinema. A recent Reddit thread put forth the suggestion that it “isn’t that bad,” and it didn’t take long for the comments and replies to shut down such nonsense.

None of the Jaws sequels are any good, but The Revenge lives on a pedestal all of its own as an abhorrent insult to the memory of the game-changing original. It’s not even so bad it’s good, it’s just bad, which has always been immeasurably worse.