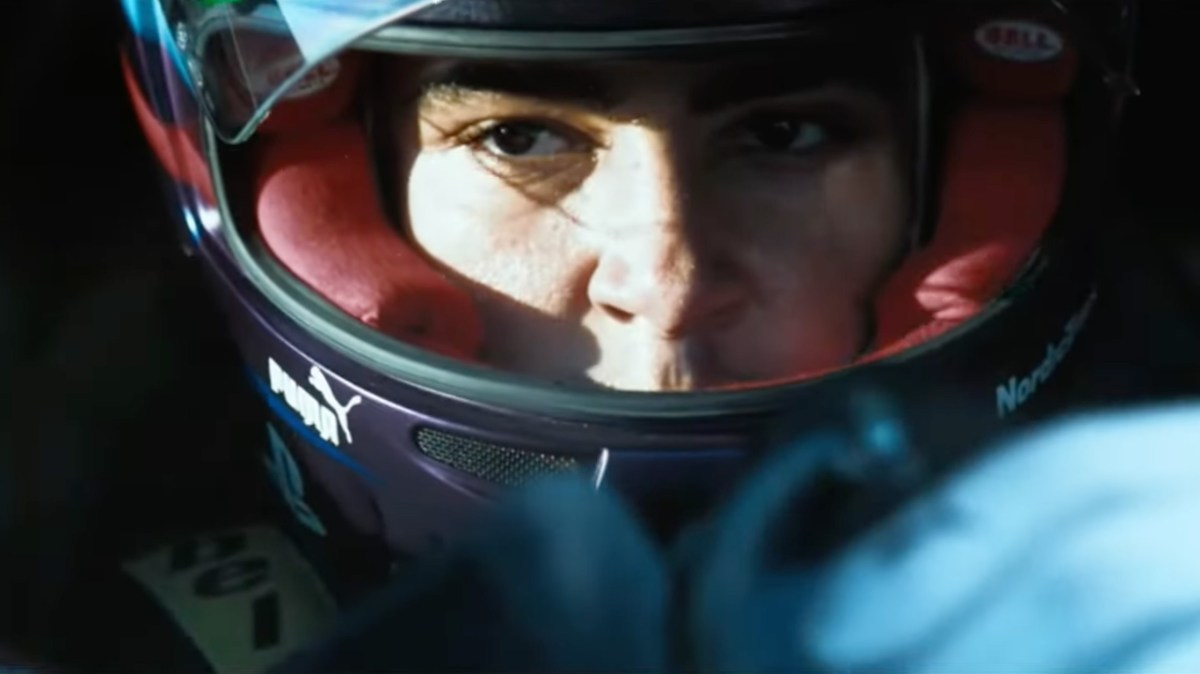 From virtual to reality, the two worlds are blending a lot these days as people find ways to fulfill their dreams for reality in the virtual world where anything is possible. The upcoming Gran Turismo film by Sony takes this and reverses it though, as it follows the true story of a gamer who was given the chance to become a real-life formula racecar driver.

Directed by the mind behind District 9, Neill Blomkamp, the film follows the true story of Jann Mardenborough a teenage gamer who won the GT Academy competition and was rewarded with a drive for Nissan. He then went on to participate in a number of other races including the F3 European Championships and the GP3 series.

The film, titled after the PlayStation Game Gran Turismo, looks set to be a rip-roaring action featuring Orlando Bloom and David Harbour as well as Archie Madekwe as Mardenborough.

This first look released today gives audiences a little insight into what they can expect from a high-octane film.

The three main actors address the audience directly, with Bloom telling us that “this movie is made for the cinema,” adding it has a “body vibrating sound.” Unless you have a super speaker system at home you are unlikely to get the full sound experience that this film has to offer outside of the movie theatre given how much powerful engine noise we hear in this first look alone.

Harbour states “it’s badass race car action that your gonna feel like you’re in the middle of.” The visuals would certainly lead us to believe that this is certainly true but what makes this different from say, just watching a real-life race, is that it has a story throughout it, with Madekwe saying “it’s a drama, it’s a love story.”

Many of the shots we see from this clip mimic the type of footage you might find from the Gran Turismo video game, shots you would never get from a genuine race as cameras follow the cars from various angles giving a sleek, and thrilling look into race car driving.

The film is produced by PlayStation Productions’ Asad Qizilbash and Carter Swan along with the Gran Turismo creator and Polyphony Digital boss Kazunori Yamauchi serving as an executive producer. This is one of the many game-to-film creations that Sony is working on after the success of Uncharted last year, which pulled in over $400 million globally.