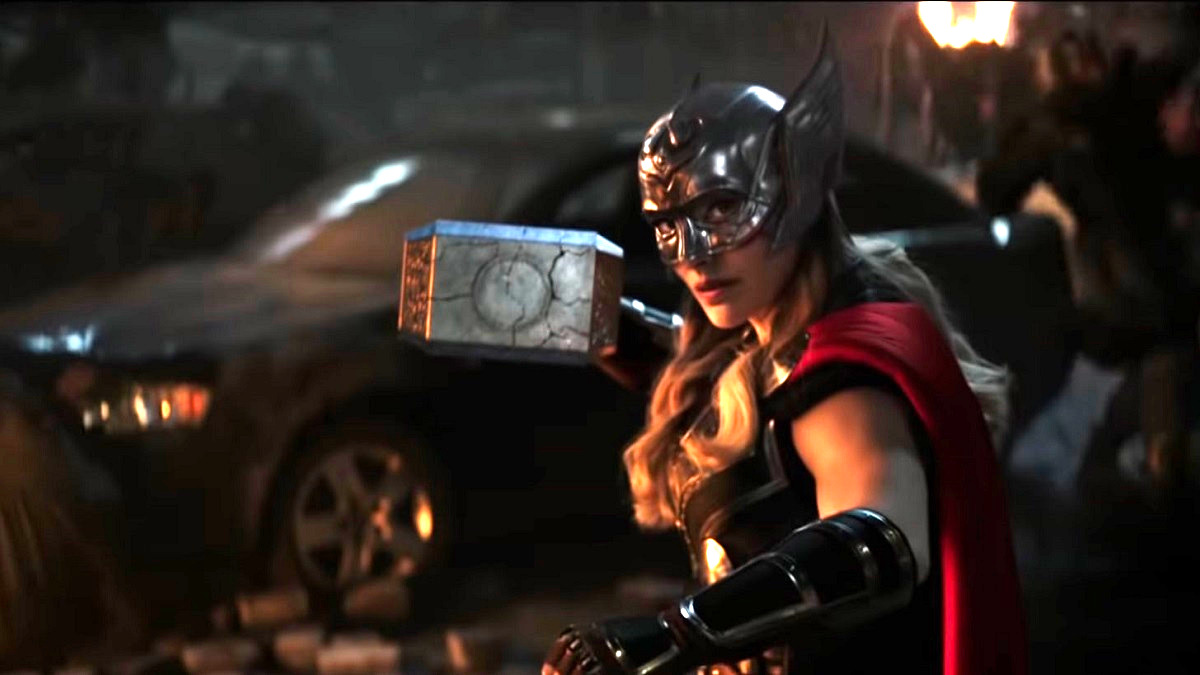 A new Thor: Love and Thunder promo image has been shared providing fans with a new look at King Valkyrie and Jane Foster’s Mighty Thor.

In the new image, we see Valkyrie and Foster sitting on two thrones alongside a new character who has yet to be introduced to the series. From the single image, it isn’t clear exactly when in the movie this scene takes place or what the pair are up to.

This image does give fans their best look yet at Valkyrie’s new outfit for the movie which boasts its own black and white plated color scheme. Foster is in her outfit as Mighty Thor looking in extremely great shape which looks to have been a key for Natalie Portman in preparing for this role.

The third character in the scene appears to be donning a black and gold headpiece that seemingly has its own ears. This has led some to believe they are connected to the panther goddess Bast, but right now nothing of the sort has been confirmed.

As of right now, the only indication of the character’s appearance comes from merchandise for the film, but according to insiders who claim to have seen Christian Bale in character for the role, he will is “absolutely terrifying”.

Thor: Love and Thunder will arrive in theaters on July 8.