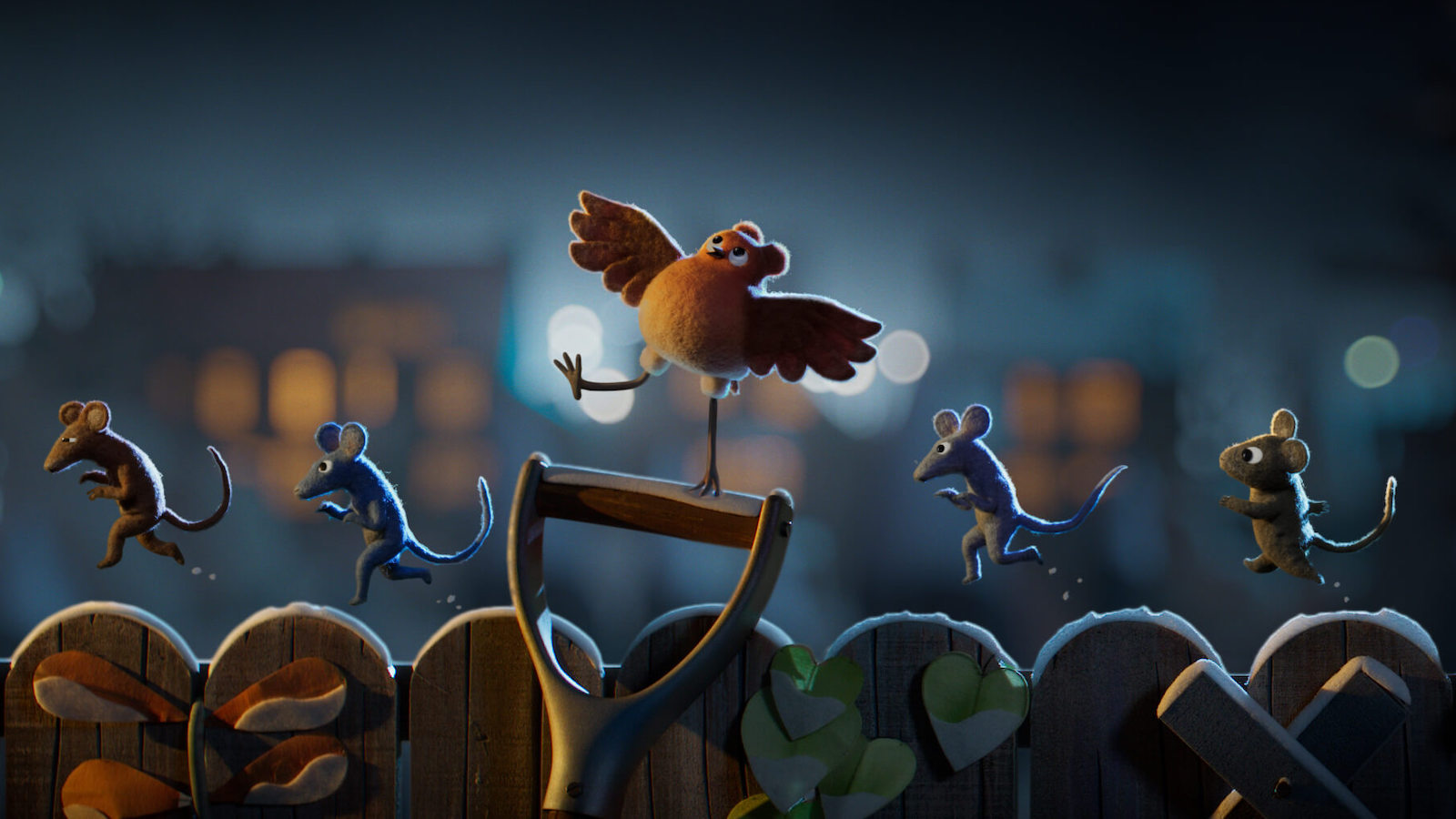 Well, it’s official: Oscar season is upon us. With all the nominations that were announced this morning, the 94th Academy Awards is set to be a night to remember. For nearly a century, the Oscars have been the premiere event of the entertainment industry, with categories like Best Picture, Best Director, and Best Actor and Actress reigning supreme.

A musical coming-of-age story about finding yourself and fitting in, Robin Robin follows a bird named Robin, who is raised by a family of mice. As she grows, her differences become more pronounced, and to prove her mouseness, she sets off on a daring adventure. This stop-motion short by Aardman Animations is streaming on Netflix.

Another stop-motion entry, this unique short showcases some of the most fascinating animation seen on film. Following a solitary woman living with her dog, Bestia takes a symbolic deep dive into fascism through the eyes of a secret police agent in Chile. Inspired by true events, Bestia can be rented or bought on Vimeo.

Affairs of the Art

A proverbial light in the darkness, Affairs of the Art takes a look at human eccentricities and compulsive behavior by way of Beryl and her quirky family. The entire brood is obsessed with something, and hilarity ensues. You can watch Affairs of the Art on Youtube via The New Yorker Screening Room.

The Windshield Wiper strays from classical narrative conventions and opts toward a more engaging approach to the story. Told through a series of stylized vignettes, the plot focuses on one central question: “What is love?” You can find The Windshield Wiper on YouTube.

Last but not least is Boxballet. This hand-drawn Russian short juxtaposes a poised and delicate ballerina against a rough-and-tumble boxer. Their contrasting worldviews, philosophies, and social circles are so stark that their romantic relationship is all the more fantastic, lending credence to the age-old saying, “Don’t judge a book by its cover.” Boxballet doesn’t appear to be available anywhere online currently, but keep an eye on Mubi for potential showings.

There you have it ⏤ the five nominees in the category of Best Animated Short Film. If anything else, these stellar pieces prove that animation isn’t just a child’s medium. There’s no doubt that animated content can be for kids, but with its own category at the biggest entertainment award show of the year, these stories can go beyond preconceived notions and bring home Oscar gold.

We’ll see who wins when the Academy Awards air live on March 27.