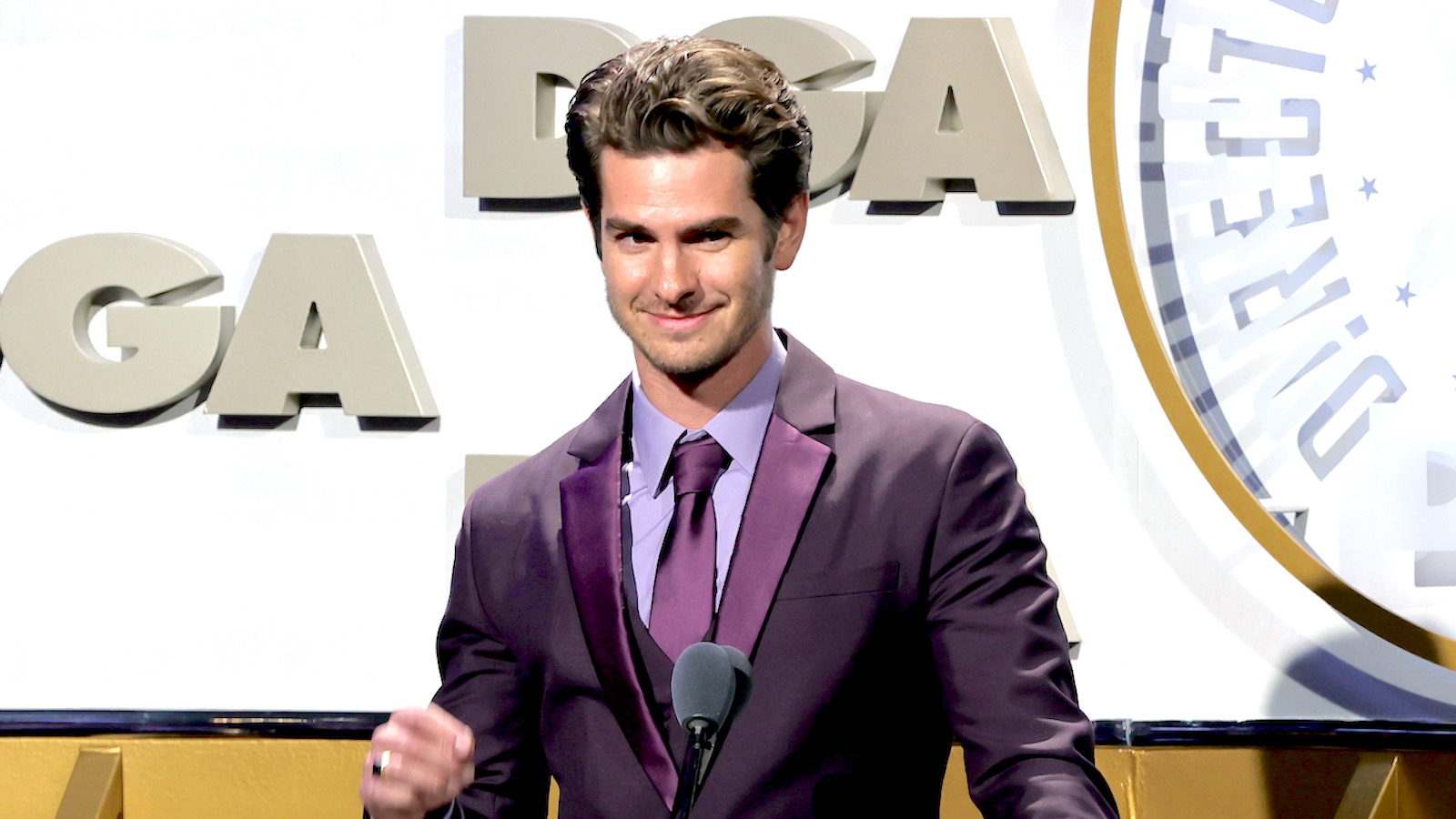 Andrew Garfield is currently on a brilliant run. Along with his beloved special appearance in Spider-Man: No Way Home alongside Tom Holland and Tobey Maguire, the 38-year-old actor is riding an absolute wave of praise for his breathtaking performance in tick, tick…BOOM!, for which he has received an Academy Award nomination.

Amidst his success, Garfield appeared on Jimmy Kimmel Live!, where he was asked if he had an acceptance speech already prepared. Garfield jokingly pointed out that he’s not currently listed as a favorite on any of the Oscar betting websites — like he was with his Tony nomination — insisting that he’s confident he’ll only have to sit back, relax, and applaud someone else for taking home the statue.

You can feel where the energy is going, even before the awards. … So, when I was nominated for a Tony, I was really worried – you can look at a betting website and it’s like, ‘Andrew’s odds-on favorite to win the f**king Tony,’ and you’re like, ‘Oh, I better prepare a speech, I have to speak in front of all the people I admire.’ But with this one, I’ve looked at the betting website and I’m not odds-on favorite, so I feel I just get to enjoy my night and I get to applaud who I believe will win – I won’t say their name but I think we all know who I’m talking about.

Kimmel immediately followed up Garfield’s comment with, “We do?” Jokingly, Garfield explained that while he doesn’t wish to jinx anyone, perhaps he’s trying to conjure up a win for himself after all.

I think there’s an energy. Anyway, I don’t want to jinx anything for anyone. If I say it, that person may not win, it’ll be a big (thing), who knows what will happen? Maybe I’ll have to go up! Maybe I’m doing some weird reverse witching right now.

Garfield is nominated for Best Actor alongside Denzel Washington for The Tragedy of Macbeth, Benedict Cumberbatch for The Power of the Dog, Javier Bardem for Being the Ricardos, and Will Smith for King Richard. Garfield revealed that Washington recently gave him a hug that felt like he was “never going to breathe again” and playfully teased that it would be a great way to go.

The 94th Academy Awards will air on ABC on March 27. As for Garfield’s odds of obtaining the highest of acting honors, the internet is solely behind him.