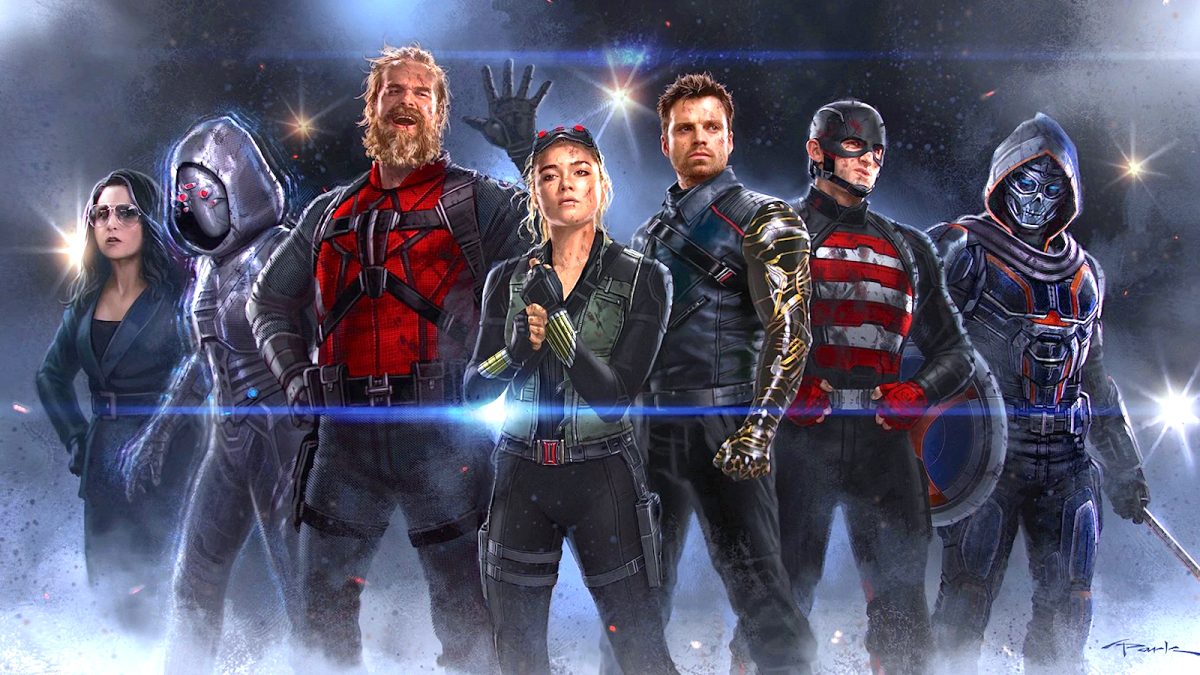 It’s easy to think that, nearly 15 years in, Marvel has already exhausted its most powerful superheroes in the MCU. However, that couldn’t be further from the truth. Now that Phase Five is officially upon us, fans are having a grand ol’ time speculating which superheroes will appear in the franchise next. Among them is Robert Reynolds’ Sentry.

Following Ant-Man and the Wasp: Quantumania in Feb and Guardians of the Galaxy Vol. 3 in May, along with several more installments along the way, the MCU will finally introduce Thunderbolts in July of 2024. The movie’s synopsis has been kept under wraps but the lead cast has already been revealed.

Why do Marvel fans think Sentry will be introduced in Thunderbolts?

Speculations surrounding the movie’s plot have been on the uptick ever since Phase Four concluded with Black Panther: Wakanda Forever. Inside scooper Daniel Richtman announced via Patreon that Marvel plans to cast an “evil Superman” from the comics for Thunderbolts, suggesting that Ryan Gosling or Alexander Skarsgard were being considered for the role.

An evil Superman, you say? That sounds a lot like Sentry. It also sounds like the Superman-like Eternal, Hyperion, but subtle hints from Kevin Feige and Daniel Richtman suggest Sentry is the likely choice. At the D23 Expo in Sept. 2022, Fiege even remarked that Bucky Barnes aka The Winter Soldier would be the most mentally stable person in Thunderbolts.

Furthermore, in response to one Marvel fan’s tweet about how every member of Thunderbolts has been a victim of brainwashing of some sort, Daniel Richtman tweeted his agreement, saying how that concept fits perfectly with the movie’s villain. Hmm, interesting — in the comics, Sentry has Schizotypal personality disorder (STPD).

But in order to understand why this all fits, let’s talk a bit about The Sentry.

When we meet him in the comics, Robert Reynolds, aka Sentry, is a middle-aged overweight man struggling with addiction. One day out of the blue he remembers that he is Sentry, a superhero with the power of a million exploding suns. The reason he only just remembered this is because decades prior he erased the memory of Sentry from the entire world, including himself.

Upon remembering his identity, Sentry seeks out the assistance of a number of heroes to help him stop his archnemesis, the Void, whose return is imminent. With the assistance of his superhero allies, including Mister Fantastic, Sentry recalls why all memory of his identity was erased from the world.

That’s when we discover that Sentry is the Void. The Void is the dark side of Sentry’s personality, an analogy for addiction if you will, and is a threat to the entire world. Over the years, Sentry goes on to make multiple attempts to rid himself of the Void, including employing the efforts of Doctor Strange and Mister Fantastic to kill him, and even flying into the sun, but none of that was enough to do the trick.

Indeed, Sentry has some of the strongest, highest-raking powers in all of Marvel, including immortality, near-invulnerability, lightning-fast regeneration, flight, super speed, the ability to heal others, the ability to create force fields, shape-shifting, telepathy, energy manipulation, and weather manipulation.

Basically, he’s Marvel’s version of Superman on steroids. However, his dark side makes his very existence a danger to humanity. Sure, he’s helped thousands of people, but he’s also killed just as many.

How has Marvel already set up Sentry’s existence in the MCU?

Phase Four’s breakout movie was undoubtedly Spider-Man: No Way Home. The movie both wrapped up Peter Parker’s MCU storyline and opened the door for further installments. It also incorporated the famous erasure of the world’s memory of Spider-Man, which just so happens to perfectly foreshadow the arrival of Sentry.

Sentry, like Spider-Man, had the memory of his existence wiped from the world. Nobody knew about him because, in the comics, during the 1950s or 60s, he pulled a No Way Home and caused the entire world, even himself, to forget about him. That of course perfectly explains why all these adventures on Earth with the Avengers have been going on without him coming into play, literally.

Like many of the key players in Thunderbolts, Sentry also got his powers from a variant of the super soldier serum, dubbed the golden sentry serum. In the comics, Sentry, like Deadpool, came from Department K, an offshoot of the Weapon X program Wolverine came from, which was all a part of the Weapons Plus program.

If Sentry’s entry into the MCU wasn’t already foreshadowed with the No Way Home’s storyline, the ongoing conversation about the super soldier serum offers a perfect segue into his arrival.

Plus, if the Thunderbolts venture to The Savage Land to retrieve vibranium, as is predicted by a popular Marvel theory, Sentry could be the thing they encounter when they get there. We’re just spitballing here, but the theory has the potential to grow legs.

For more information about Marvel’s Thunderbolts and their backstory, you can learn more here. Thunderbolts will premiere in theaters around the world on July 26, 2024. We’ll just have to wait and see if Sentry joins in on the fun.