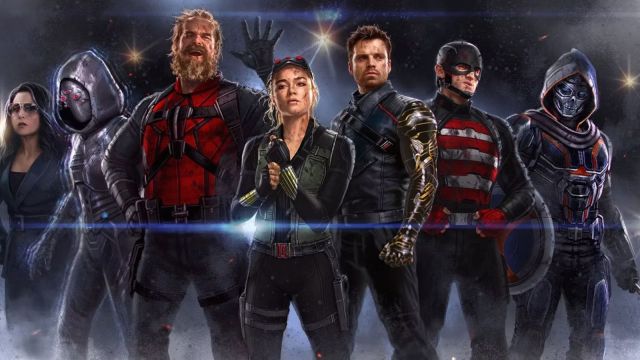 Marvel’s first-ever shot at an antihero team has been confirmed with their adaptation of the Thunderbolts team from the comics, with several very familiar faces appearing in the upcoming blockbuster.

Tying together many over-arching stories as the Marvel Cinematic Universe is known for, it’ll include characters previously featured in The Falcon and the Winter Solider, Black Widow, Ant-Man and the Wasp, and many more films from across the grand Marvel film canon.

Who is in Thunderbolts?

The wildcard entry in the team to many is the inclusion of Hannah John-Kamen as Ghost from Ant-Man and the Wasp, a villain who got redemption and cured of her illness at the end of the film. Joining the cast just to make it even more ridiculously stacked is Harrison Ford as Thaddeus Ross, replacing the deceased William Hurt. Whether or not he’ll become the Red Hulk is a point of contention.

Say what you will about Marvel, but they’re experts at keeping their plots under wraps and away from prying eyes. Very little is known plot-wise about Thunderbolts, other than some educated guesses based on previous films. Zemo was confirmed to be in the film later than the rest of the cast, which could suggest he’s the villain of the piece.

General Ross could also be the antagonist, with him known in the comics for becoming the Red Hulk, while Valentina is also seen as being a potential instigator and schemer setting the film up. Seen recruiting both Yelena Belova and John Walker for missions, she’s also got a big role in Black Panther: Wakanda Forever setting up more plotting.

The Thunderbolts team in the comics was started by Zemo after the downfall of the Avengers, with him deciding someone should fill the power vacuum. None of the first comic teams are confirmed for the film besides Zemo. Notable members of its first line-up included Beetle, Goliath, Cyclone, Moonstone, and Songbird.

When will Thunderbolts release?

The antihero team is scheduled to power into cinemas on July 26, 2024: some ten years after Bucky Barnes was outed as the Winter Soldier in Captain America 2. The film will be directed by Jake Schreier, who previously helmed Robot & Frank and Paper Towns. Several-time Marvel alum Eric Pearson serves as writer, with previous credits on Ant-Man, Thor: Ragnarok, Black Widow, Avengers: Infinity War, Endgame, and Agent Carter.