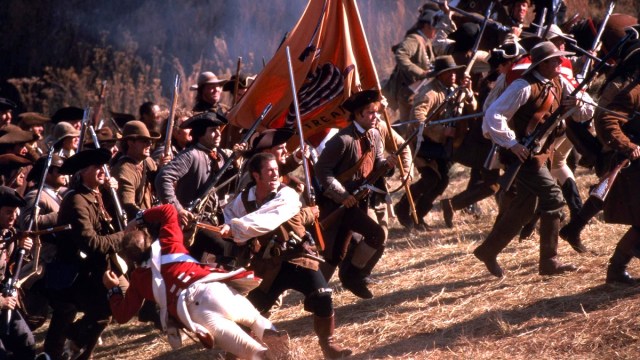 Everyone knows that Ridley Scott’s Gladiator single-handedly revived the historical epic after the blockbuster swords-and-sandals tale went on to score rave reviews and land $460 million at the box office, before ultimately winning five Academy Awards from 12 nominations, including Best Picture and Best Actor. Roland Emmerich’s The Patriot faced the misfortune of releasing just eight weeks later, and as a result it ended up being caught in the wake of Russell Crowe’s vengeful Maximus.

It was nowhere near a disappointment, it’s worth noting, even if a $215 million tally from theaters was lower than a lot of people were expecting from the collaboration between leading man Mel Gibson and director Roland Emmerich, both of whom were certifiable superstars at the time.

In short; The Patriot did okay at the box office, fared solidly-if-unspectacularly among critics given its 62 percent Rotten Tomatoes score, and came under some severe criticism for its lack of factual accuracy. And yet, film fans absolutely love the bloody and brutal tale of retribution, with hundreds upon hundreds of Redditors piling on to praise the flick in a celebratory post singing its merits.

Sure, The Patriot may play hard and loose with such things as fact and truth, but Gibson’s ferocious central performance, Jason Isaacs’ utterly detestable villain, and some pleasingly hard-hitting action sequences make it a fun watch if you’ve got the time and commitment to invest 165 minutes of your time into the film.

Is it the best Hollywood historical epic ever made? Nope, not even close. However, The Patriot is undoubtedly one of the most popular, and that’s often good enough when longevity is key to any project’s lasting appeal.