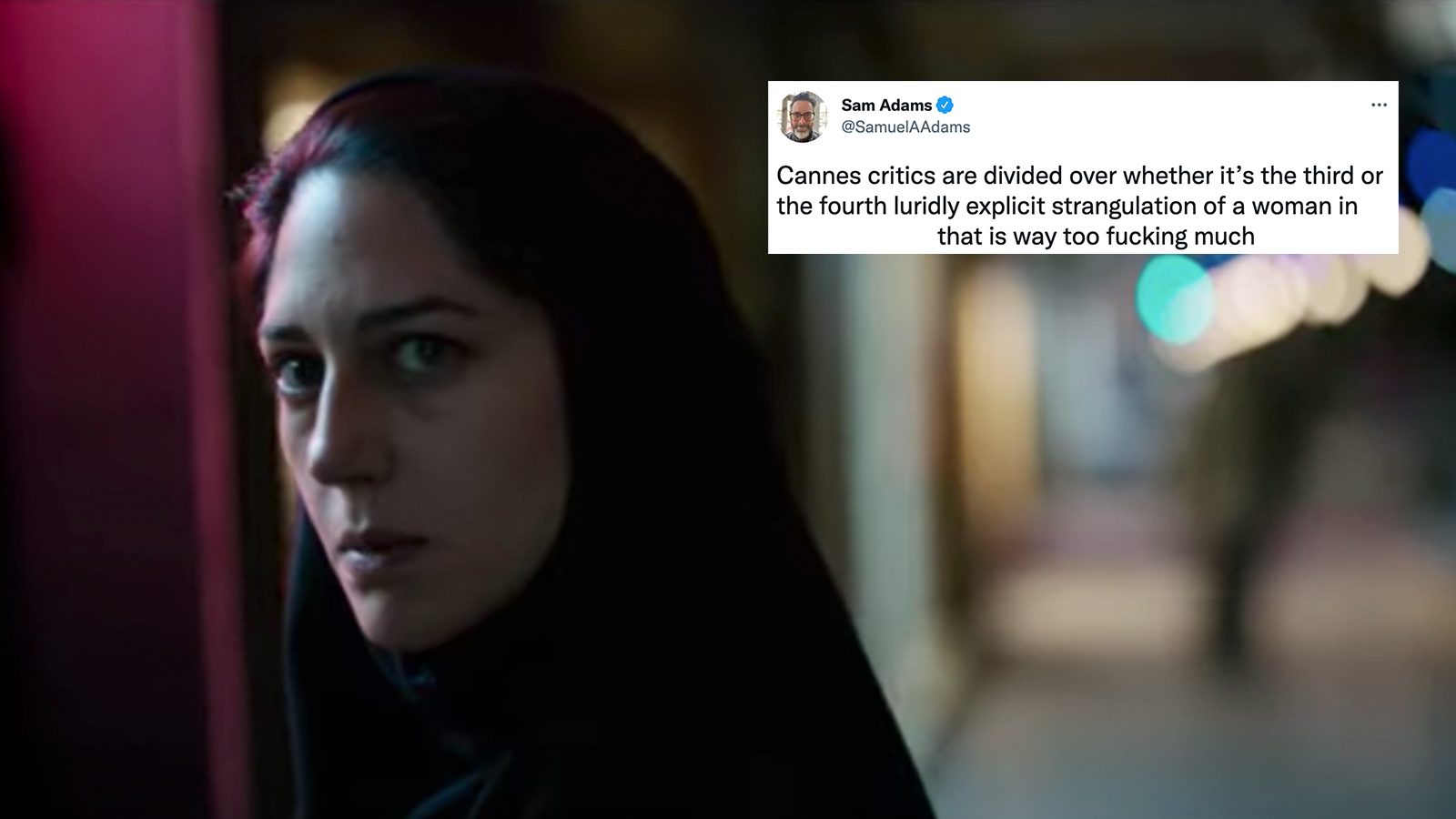 A film at the 2022 Cannes Film Festival was so graphic that it reportedly led to multiple walkouts. Go on and take a bow, Julia Ducournau’s Titane.

Holy Spider is an Iranian drama by Iranian-Danish director Ali Abbasi. Hauntingly based on a real-life serial killer, it follows a local journalist as she investigates a series of female sex workers’ deaths in the religious city of Mashhad between 2000 and 2001.

The killer is reportedly revealed early in the film. He’s a war veteran and perceived as a “family man”, but he picks up women off the street and brutally strangles them as part of a “religious cleansing ritual”, according to Variety.

It’s a crime thriller critics are saying ends on a heavy comment about societal misogyny that stays with you long after you leave the cinema. The film reportedly shows these murders in explicit detail, each death a confronting reminder of the sheer hundreds of cases of femicide around the world that go underreported each day.

The film premiered at a screening in Cannes on the weekend to a rather mixed reception. Variety noted multiple people in the audience walked out during the film. Several critics on Twitter have questioned the need for a film to show such graphic and triggering displays of violence towards women.

But others gave the film a seven-minute standing ovation and praised the message Abbasi tried to make.

Abbasi appeared to defend their film in a brief speech before the film played at the premiere. They said via Variety the film was meant to shed a light on the “huge injustice” of this case and the societal misogyny in Iranian society.

“In the past 20 years, I always thought of a huge injustice that has been against the real victims of this story. How even when people condemn this, they never mentioned those women. I feel that there is a little piece of justice here being played out tonight.”

A group of women interrupted the red carpet event for the film premiere to call for an end to femicide in France. They held up canisters of black smoke and a long banner listing the names of the 129 known women who were brutally murdered in France since the last Cannes Film Festival in July last year. But it’s worth noting it’s unclear whether the group were protesting the very real violence towards women depicted in Holy Spider or if they were using it as an opportunity to raise awareness of similar issues facing women in France.