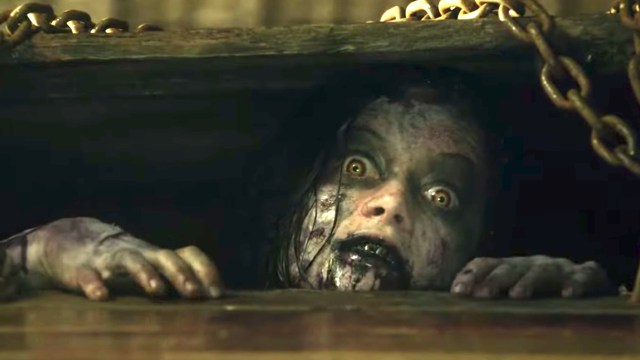 The very best of the genre serve up unexpectedly deep storylines, rife with allegory, even as they hack and slash their way through a classic horror scenario. Films like the original Texas Chainsaw Massacre disguise genuine societal reproof beneath gore and eerie music, allowing their audiences to soak up a profound message even as they flinch away from classic, genre-defining violence.

It’s not an easy balance to capture, and the vast majority of horror films don’t even try. They instead lean into cheap jump scares and excessive violence, trusting the robust well of avid horror fans to keep their movies profitable. For the most part, it works, but horror fans are well aware of the difference between a quality film and a sub-par gore fest.

Remakes are even worse. They rely on the popularity of the original to rake in extra cash, typically butchering the qualities that made the original film worth watching. This is easy to track across the genre, with films like the Wicker Man remake and the utterly atrocious 2022 Texas Chainsaw Massacre delivering such horrible butcherings of the originals to nearly ruin the franchises entirely. Occasionally, however, a remake comes along that actually hits the nail on the head.

Such is the case with the 2013 remake of the first Evil Dead film, a horror classic that tip-toes the line between purposeful humor, accidental humor, and genuine scares. Starring the unforgettable Bruce Campbell in the lead role, the original trilogy of films are beloved cult classics, and news of a remake initially sparked concern among fans.

But the remake, which was released nearly a decade ago, is actually a solid—and genuinely scary—horror flick. It maintains much of what made the original great, but modernizes it enough to make it far more frightening film. This was recently observed in a post to Reddit’s horror sub, where a user pointed out that it is a “fucking awesome” adaptation of the original.

To be fair, the 2013 remake feels like a completely different film from the original, with enough major changes to its plot and characters to feel like a cousin to the 1981 debut film, but this is largely what audiences love about it. People rained praise on the film in the post’s comment section, agreeing with user gunhandgoblin’s note that “the girls carried this movie on their head and shoulders” and dubbing it “easily the best horror remake ever.”

Almost every element of The Evil Dead is garnering praise from fans, largely for being “one of the best, no punches pulled, gritty horror films of the last decade.”

Horror aficionados looking to refresh their memories of The Evil Dead‘s finer points can enjoy the film on a variety of streaming services. It’s currently available with a Hulu subscription, on Pluto TV, or for rent or purchase from Amazon Prime.