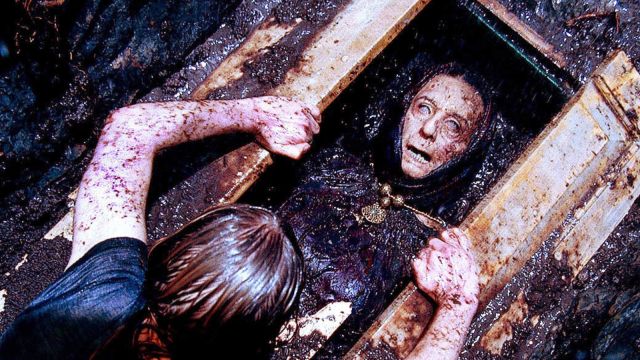 One of the biggest rules of storytelling is get people hooked within the first few pages or minutes, studies have shown audiences will turn off movies quickly if they’re not engaged. But far worse is grabbing the attention and then blowing it up at the end.

Terrible endings can ruin a good movie, with all your emotional investment coming to little or no fruition, or even worse — an incredibly stupid one. Horror fans have given advance warning to fellow enthusiasts as they list the films with the absolute worst endings you’ll find in the genre.

Sam Raimi’s return to horror came in 2009’s Drag Me to Hell. Overall a very competent movie which sees Raimi try his hand a bit more of the modern jump-scare horror world, it sees an ending you’ll want to send to Hell. Believing the curse has been lifted, our hero Christine (played by Alison Lohman) realizes the wrong envelope was given to the curse-breaker. Suddenly, the gates of Hell open as she falls onto the train tracks and is killed.

Talking about turgid endings without bringing up an M. Night Shyamalan movie feels like a missed opportunity. Signs is arguably the exact moment of decline in Shyamalan’s film making ability, with the big twist of the film seeing the aliens are actually allergic to water. Yep, invading a planet which is made up nearly entirely of water. Was the intern in charge of the Earth invasion plan?

Netflix’s ability to churn out absolutely terrible horror movies is matched only by their terrible endings. The Open House features one so dumb you’ll seriously wonder if it changed to a different film halfway through. Being tormented for weeks leads to the unmasking which reveals… nothing? The pranksters causing the distress for our protagonists are never shown, instead they just utter a line. There is zero pay-off.

None of these hold a candle to the absolute most egregiously awful, infuriating ending seen in The Devil Inside. Audiences spend 83 minutes working out the mystery surrounding several exorcisms, a long-lost mother, and Catholic Church conspiracy. Instead of actually ending the film or giving any closure, it finishes with a cut to black, and a link to a (now defunct) website. Congratulations, everyone involved. Just stellar work.

In the spirit of The Devil Inside, we will abruptly end this article here.