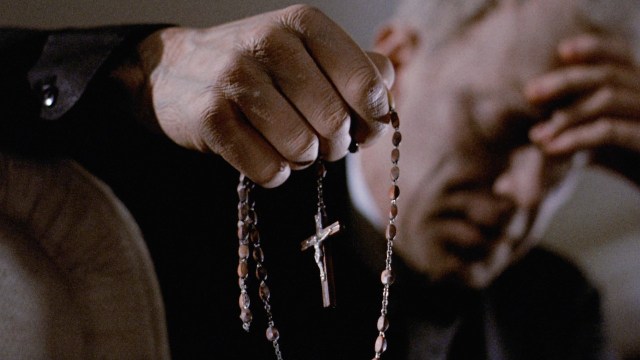 Unless you’ve been living under a rock for the past week, then chances are you’ve witnessed the behemoth outrage for Halloween Ends — the genre’s latest horror feature that was helmed by director David Gordon Green. And while the multitude of backlash from both critics and audiences has admittedly been hilarious, a more serious matter has genre diehards questioning the appeal of Green’s next project — a reboot of The Exorcist franchise.

Without question, William Friedkin’s 1973 original film has cemented its legacy as one of the most innovative and scariest horror movies in the history of the genre. And while horror fans have expressed interest in future films of the franchise receiving a long-awaited release, the overall credence for Green in the director’s chair is unfortunately souring the movie’s appeal.

Over on Reddit, user u/ExitVelocity66 posted an emphatic statement regarding the upcoming spooky installment, which features strong ridicule and serious concern for the film. In the post, ExitVelocity66 outlines several errors that could go wrong in Green’s adaptation — including a mishandling of the cast, inconsistent character arcs, and the general destruction of the franchise.

In the comment section, one snarky user posted a humorous response by using the “Evil dies tonight” line from Halloween (2018), which Green directed, and playfully insisting that the “demon” in The Exorcist will die.

Another passionate user proceeded to engage users in the thread with a thought-provoking analysis about how the jaw-dropping cinematic experience likely wouldn’t fit into today’s realm of horror — especially considering that religion has seemingly become less of a focus for many people. On top of that, the poster argued that Green is not even a “real” director fit for the genre.

However, some users have tried to remain positive and patiently wait to see how the events unfold.

Although it’s definitely too early to lose any sort of hope yet, horror fanatics have yet to feel comfortable with the upcoming project, with the recent news of Friedkin not having a hand in the installment causing plenty of folks to be left disheartened. For now, we’ll have to simply wait and see when The Exorcist arrives on Oct. 13, 2023.