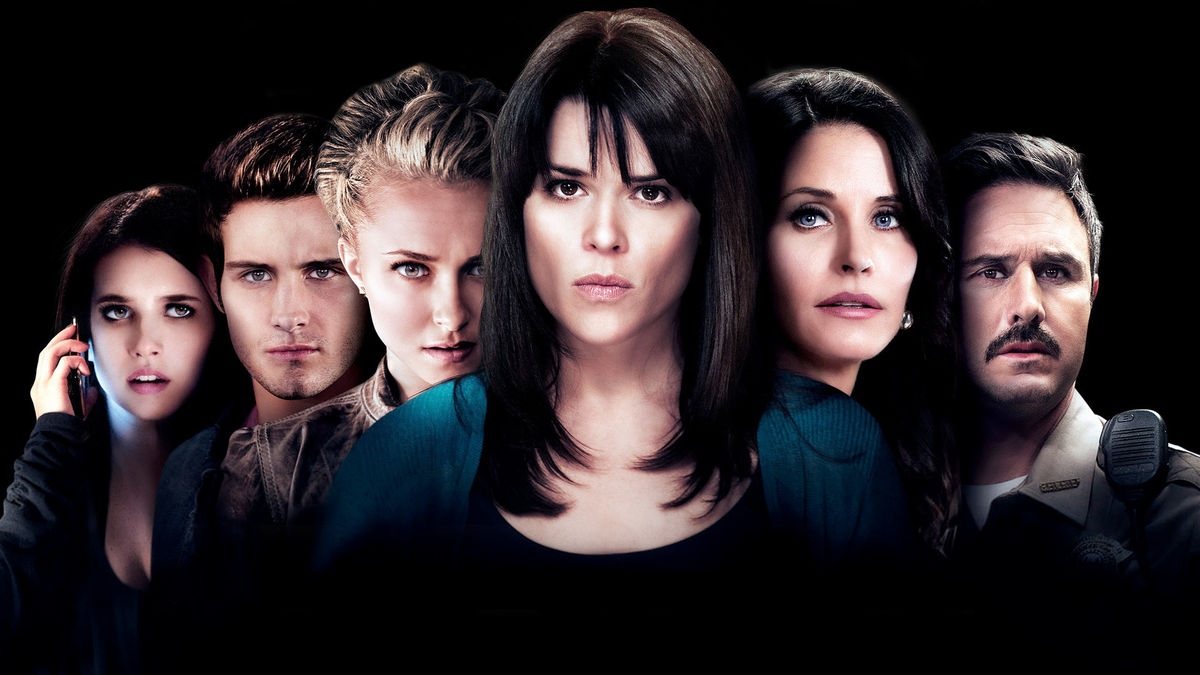 We’re inching closer and closer to a one-month wait before Scream VI hits theaters and horror aficionados are starting to sweat. Considering Neve Campbell’s impromptu exit from the sixth installment and Dewey’s untimely death at the hands of Ghostface, it’s Courteney Cox’s Gale Weathers who’s the last legacy character standing. Well, theoretically, Sidney is still alive — she’s just absent. Regardless, a hardened Gale will be imparting her wisdom on the newcomers and fighting for her life in New York City when a Ghostface killing spree breaks out in The Big Apple. The trailer for Scream VI didn’t give much away, which is precisely what we want from a horror flick — plenty of surprises — but the ambiguity of the trailer might also be overcompensating for a sinister secret, and Scream fans are unconvinced that our beloved tetchy tabloid reporter will be making it out alive.

Gale, just like Sidney and Dewey, made her debut in 1996’s Scream, initially introduced as something of an antagonist. Only concerned with snatching up the next juicy scoop, Gale would often spy on the Woodsboro gang, manipulate certain situations and excessively flirt with Dewey to extract information about the Ghostface killer in order to be the first publication to leak the story. Although she’s a greedy, overbearing newswoman in the first few sequels, Gale gradually loses that gimmick and finds marital bliss with Dewey, which allows her to settle down and retire from the money-grabbing publicist lifestyle. In fact, in Scream (2022) when given the opportunity to writer about the new Ghostface killers and take the credit for naming and shaming them, Gale refuses to do so, proving that she’s matured beyond the questionable act of providing a platform for serial killers: “Those f*ckers can die in anonymity.”

Over on Twitter, user @MyBloodyJudy tweeted a grid of images featuring Courteney Cox’s Gale, posing the question: “Do we think Gale makin’ it to Scream 7?” There’s a lot of round-about ways to answer this, but the comments seemed to take the liberty of making their answers short and sweet… for the most part.

Needless to say, many commenters were in unanimous agreement that Gale wouldn’t be making it beyond Scream VI and would be joining her ex-husband in the afterlife.

If you don’t laugh, you’ll cry. Other worrisome parties were making light of the situation so as not to face the fact that Gale — most likely — will be dying in Scream VI. It wouldn’t be the first time that the Scream franchise has deceived us or given us false hope, and it won’t be the last.

Rather than a simple “yes” or “no,” @MarkJCampbell chose to take a deep-dive into why Gale needs to die in order for the franchise to come to a conclusive and satisfying end. They theorized that Gale must die so that Sidney can return as the last remaining OG of the Woodsboro massacre, thereby making her eventually death all the more sweeter. From there, multiple possibilities present themselves as Sidney could either be killed off for good or finally snap under the strain of unresolved trauma and become Ghostface herself for the final hurrah.

If not now, then when? Gale is bound to bite the dust eventually, and as much as we don’t want her to, it’s apparent that her nine lives are running out.