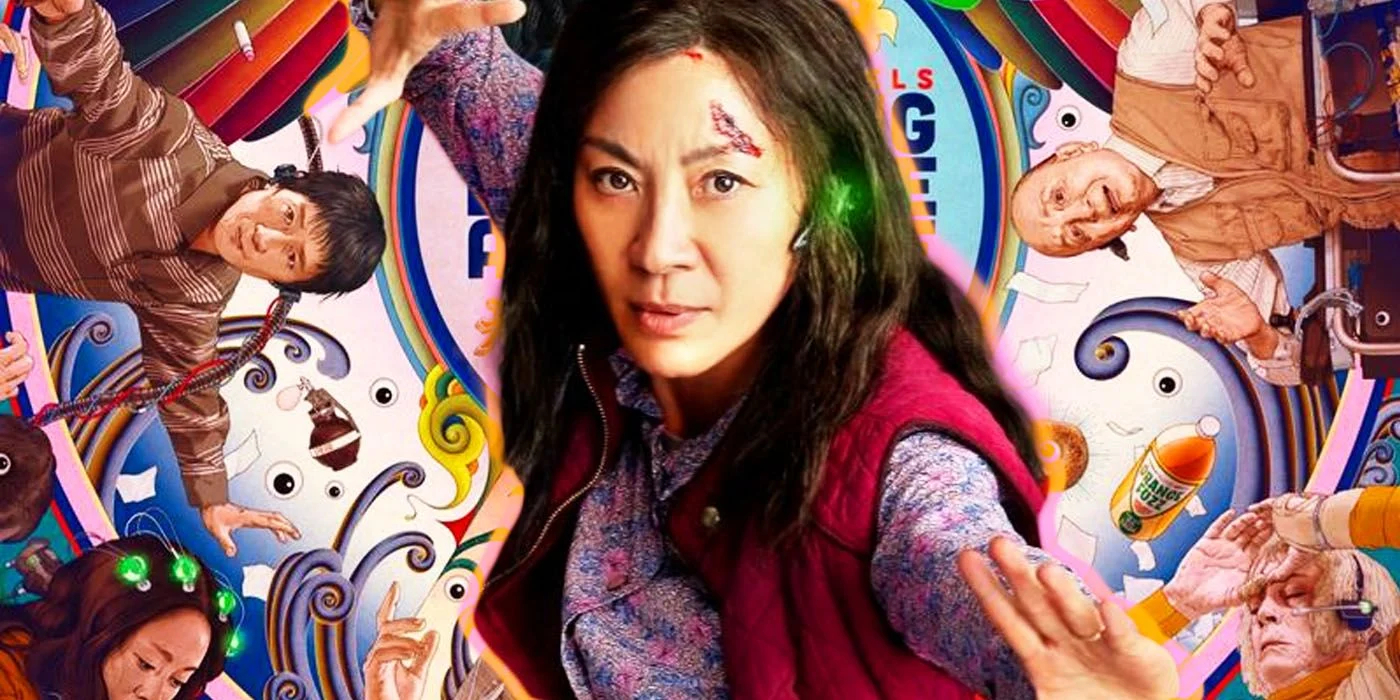 An unexpected hit has been making waves since it debuted in mid-March, enticing viewers into the wild world of Everything Everywhere All At Once.

The film debuted at 2022’s SXSW festival on March 11 and was released in theaters on March 25. In the months since the film first hit theaters, it’s been collecting fans in the thousands. The surprise sensation stars Michelle Yeoh of Crouching Tiger Hidden Dragon fame and follows the stunning 59-year-old actress in a captivating, and utterly bonkers, story.

The film has been dazzling audiences with its unique approach to the multiverse, a topic that has seen a real uptick in coverage over the last few years. Instead of following Doctor Strange or Spider-Man in their adventures through the mind-bending amalgamation of realms, Everything Everywhere All At Once follows the decidedly average Evelyn Quan Wang, a discontented laundromat owner who’s being audited by the IRS. This average, irritating alteration in her everyday life sends Evelyn on a trans-universal adventure that combines dark comedy with science fiction, animation, and the martial arts films Yeoh was once exclusively known for. Praise from The New York Times labeling the film as “a swirl of genre anarchy” perfectly suits the genre-less film and helps to paint a picture of how bafflingly, gloriously chaotic this masterpiece truly is.

Viewers who didn’t make it to theaters during Everything Everywhere All At Once‘s initial run have been eagerly awaiting its release on streaming. They can’t wait to feast their eyes on Dan Kwan and Daniel Scheinert’s remarkable film, particularly as reviews continue to laud the release as one of the greatest depictions of generational trauma ever made. The film is headed toward release in just a few weeks, but it won’t be immediately accessible to all viewers.

How to stream Everything Everywhere All At Once

Streamers looking to enjoy A24’s latest masterpiece for free will have to wait a while, but those viewers willing to shell out some cash for the genre-bending hit are in luck. The film will be available for purchase from streaming retailers like Apple TV and Amazon Prime on June 7, according to Variety, for the reasonable cost of $19.99. Since a number of early critics noted that the film practically demands multiple viewings in order to be properly appreciated, it’ll make an excellent addition to any viewers’ permanent library.

For those looking to take home a physical copy of the film, it’ll be available on Blu-ray and 4k UHD on July 5, just under a month after its digital release. As far as future streaming options go, it’s entirely feasible that the title will eventually appear on a range of streaming services. Several former A24 favorites, like Uncut Gems and Midsommar, are available on Showtime, and others remain accessible via other services like Hulu, HBO Max, and Amazon Prime Video. As of yet, we have no confirmation as to when or where the film will be streamable with a subscription, but it will likely make its way onto at least one of the wealth of streaming options at some point.