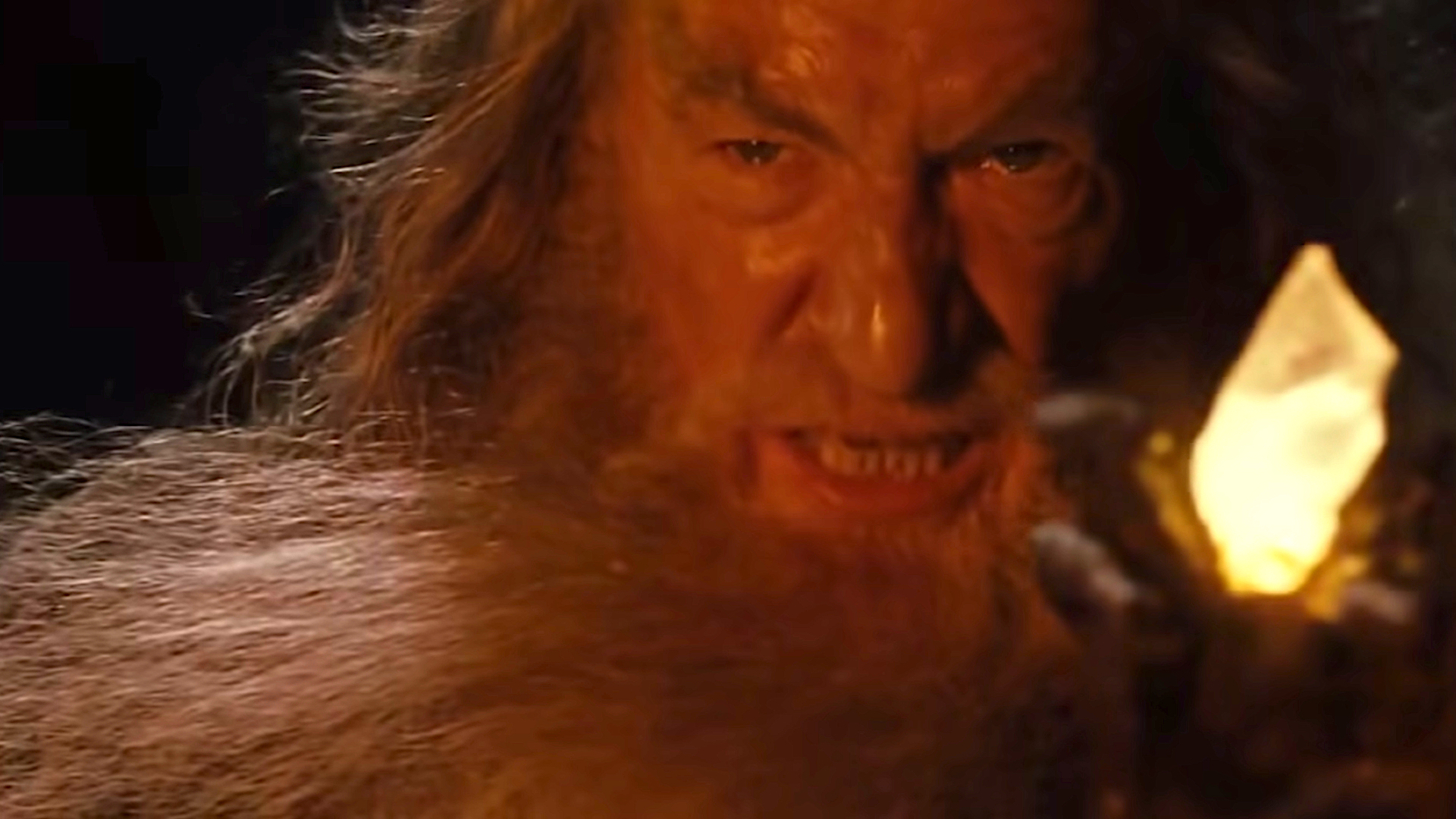 Despite the two decades that have passed since the first Lord of the Rings film arrived in theaters, the movie — and its successors — remain enduring favorites.

Fellowship of the Ring, in particular, is lauded by fans and critics alike as one of the best fantasy films ever made. It introduced a host of new fans to JRR Tolkien’s incredibly rich world, and set the stage for what the genre would eventually become. Shows like Game of Thrones learned a lot from the Lord of the Rings films, and are made far better for it.

One of the most memorable scenes in Fellowship sees Gandalf the Grey, Frodo’s old friend and guide of the entire Fellowship, face off against the Balrog. He seemingly defeats the massive beast on the Bridge of Khazad-dûm, shattering the bridge beneath the Balrog’s feet. Durin’s Bane is not so easily defeated, however, and makes one final attempt on Gandalf’s life as it plummets into darkness. Using its flaming whip, it seizes hold of Gandalf and takes the ancient wizard down with it.

These days, Gandalf’s final line to his beloved friends is a thing of legend. “Fly, you fools” is known even to non-Lord of the Rings fans, a desperate final command that defines one of the first installment’s biggest moments.

It is the moments that follow that are somewhat unclear to some, even those who’ve made an annual habit of enjoying Peter Jackson’s stellar films. Gandalf, initially thought dead, somehow manages to defeat the Balrog and return to his friends, elevated from his initial standing as Gandalf the Grey to Gandalf the White. The question of how a weakened Gandalf could defeat one of Middle Earth’s most daunting enemies weighs on some viewers’ minds, as they ponder the logistics of this hugely important battle.

How did Gandalf defeat the Balrog?

There are a few factors behind Gandalf’s eventual defeat of the Balrog. Before we can plunge into the battle itself, you’ll need a bit of background on the character to digest it all.

See, Gandalf is one of the Maiar. These ancient beings helped to shape the world, remaining in Middle Earth in the ages following in hopes of assisting and guiding its inhabitants. Each of the five incarnated wizards are Maiar, but we are only familiar with three of them: Saruman the White, Gandalf the Grey, and Radagast the Brown, who appears in the Hobbit trilogy but also gets a sidelong mention or two in the original films.

Gandalf is also a ring bearer. He wields Narya — also known as the Ring of Fire — one of the three Rings of Power created for the Elves. It is thought the ring gives Gandalf greater control over fire, which may well have contributed to his ability to defeat the Balrog, a creature swathed in flame.

Following their battle on the Bridge of Khazad-dûm, Gandalf and the Balrog fall an impossibly long way, deep into the abyss, before finally plummeting into a deep subterranean lake. The shock of cold both rouses Gandalf — and nearly stops his heart, according to one Redditor — and extinguishes the Balrog’s flame, weakening it immensely.

The fight between Gandalf and the Balrog grinds on for two full days and nights, following an eight-day pursuit up the Endless Stair. Atop the towering Silvertine mountain — also known as Celebdil — the Balrog erupts back into flame, and tirelessly dukes it out with Gandalf for hours. Gandalf, robbed of the power of his staff, instead combats the beast with Glamdring, his powerful Elven sword.

The battle is ultimately fatal to both the Balrog and Gandalf. While the wizard does later reappear, it is not because he survived the battle. Gandalf admits that he threw his enemy down from their impossibly high battleground, smashing the mountain below with the force of its landing, but soon after is taken by darkness. He later notes that “I strayed out of thought and time, and I wandered far on roads that I will not tell.”

Gandalf’s spirit stayed rooted to Middle Earth, even as it “wandered far,” and eventually returned to give the eternal wizard one more shot at defeating Sauron. It is then that he reappeared as Gandalf the White, empowered with greater access to his Maiar strength and determined to see the War of the Ring through to the end.