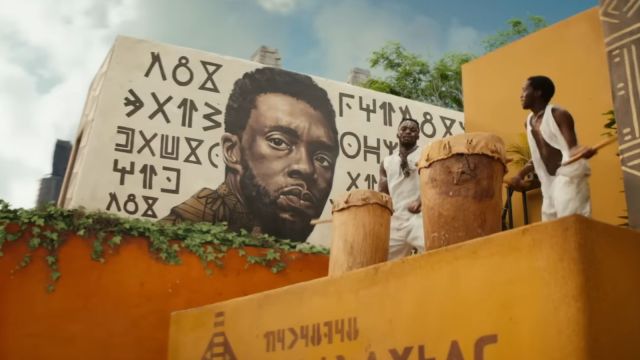 Black Panther: Wakanda Forever is the sequel to the 2018 film, Black Panther, and, following the unfortunate departure of the film’s lead, Chadwick Boseman, Marvel Studios announced it wouldn’t recast T’Challa in future films.

However, Wakanda Forever‘s director Ryan Coogler did confirm that the studio would honor Boseman in the next film.

The sequel ensured that the connections and teachings that T’Challa imparted in the first movie would play a significant role in the sequel as part of the tribute. They made sure that the legacy of both T’Challa and Boseman was recognized in this film, even though the legend himself wasn’t present.

One of the main themes in Black Panther: Wakanda Forever is the idea of grief and how it affects as well as motivates people. The film starts somber, as we witness T’Challa’s off-screen death and subsequent funeral in Wakanda. The Marvel Studios’ title card plays, but unlike other title cards that feature all the Marvel superheroes, this one only features Chadwick Boseman as T’Challa.

The title card is the first silent tribute to the deceased actor.

Speaking of T’Challa’s death in the sequel, it has some similarities to how Boseman passed away. It is common knowledge now that Boseman had cancer even as he was filming Black Panther. He had been secretly fighting the disease and never made it obvious how it was affecting him. In the film, it is specified that T’Challa died from an “undisclosed illness,” which means the King of Wakanda fought an illness secretly, away from the public eye and it was only revealed when he died.

Before the film’s ending, there is a final silent tribute montage, showing some of Boseman’s scenes from the first Black Panther movie. The film ends when Shuri is able to move past the grief that she’s been carrying for a year.

And finally, the film’s credits include a small dedication to Boseman before the end-credits scene began.

Throughout the film, people are reminded that the Black Panther is gone and that Wakanda lost its protector. But the country doesn’t give up just because its Wakandan superhero is gone — they find ways to keep going. It beautifully echoes the efforts of the people behind Black Panther: Wakanda Forever, who paid their tributes to Boseman by creating a film that honors the legend he helped bring to life while paving a path to continue Black Panther’s inspirational journey.