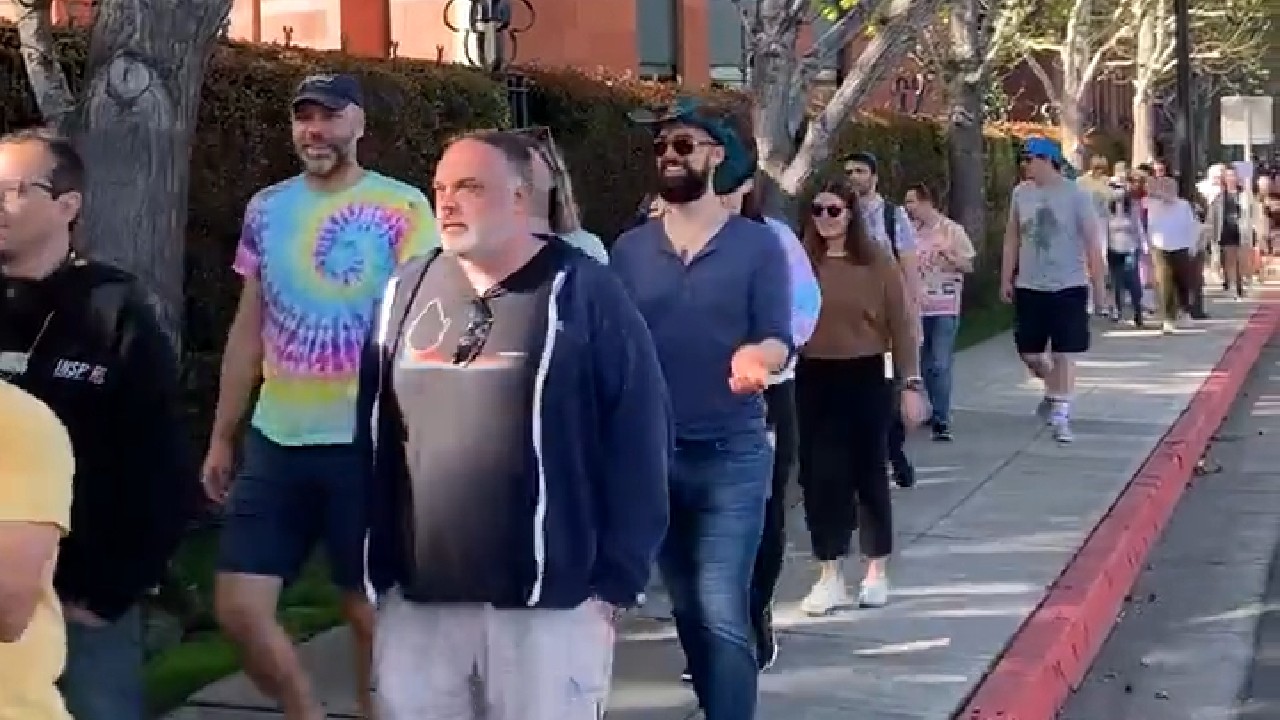 Hundreds of Disney employees were seen walking out of the company’s California headquarters Tuesday morning, on the heels of an announced protest in opposition to Disney’s response to anti-LGBTQ legislation.

This comes one week after employees planned a similar walkout protest, in which employees took umbrage with Disney CEO Bob Chapek’s handling of Florida’s “Don’t Say Gay” bill — a piece of legislation that was put together and supported by some politicians who got funding from the House of Mouse.

The controversial bill would prohibit educators teaching kindergarten to Grade 3 from discussing LGBTQ-related topics with their students.

Chapek first released a statement wherein he indicated the company would not take a side on the matter, then after receiving backlash, issued an apology for not outright condemning the legislation.

An open letter from employees (which you can read at Whereischapek.com) demands that the company permanently cease funding the politicians who back or support the discriminatory legislation, among other measures. The letter also demands that Disney cut ties to Florida Governor Ron DeSantis, who indicated Tuesday that he is poised to sign the bill into law very soon, reports WESH. At the Disney World theme park in Florida, very few employees were seen participating in the planned walkout.

However, across the country on the West Coast, the continued movement from LGBTQ Disney employees and their allies could be felt when hundreds of workers were seen walking out of Dinsey HQ in Burbank, CA, as documented on video by CNBC field producer Steve Desaulniers on Twitter.

Earlier Tuesday, Disney released a statement on Twitter claiming they support the LGBTQ community. However, many people on the social media site considered this an empty gesture, citing an apparent lack of ceding to employees’ demands, and the company’s actions — or lack thereof — speaking louder than their words.