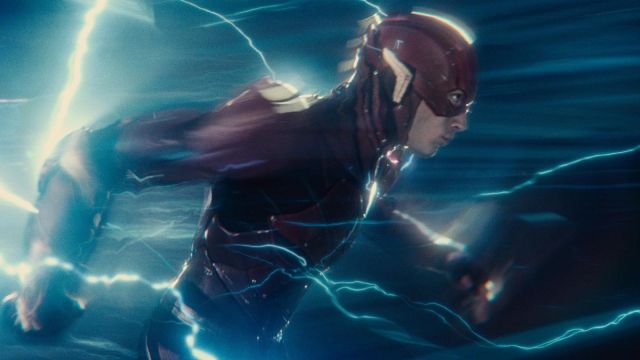 We’re getting a sense of just how important The Flash is to Warner Bros Discovery today. Apparently so much so that a sequel for the movie has already been written.

In a deep dive on the state of the DC extended universe, The Hollywood Reporter revealed that there are definite plans for the franchise should it do well at the box office. That, of course, is no guarantee, considering its star Ezra Miller recently pled not guilty in court to felony burglary charges.

That charge is just one of the many shenanigans the troubled star has gotten into lately, although they recently revealed they’re getting help. Perhaps because The Flash has already been filmed and Warner Bros doesn’t want to cancel it, Miller is still starring in the movie.

Regardless, Warner Bros seems to be taking a wait and see approach to the film, but will have a sequel ready to go if it is a hit. The script was written by David Leslie Johnson-McGoldrick, who’s written a lot of horror movies as well as Aquaman and the Lost Kingdom.

Back in August, Miller reportedly met with higher ups at Warner to discuss his recent troubles. The purpose of the meeting was to soothe the studio’s anxiety about his recent behavior and see if they could salvage the movie. This came after Miller released a statement saying they were getting help.

“I want to apologize to everyone that I have alarmed and upset with my past behavior,” the actor said. Warner Bros was considering all options, including scrapping the movie, which cost more than $200 million.

Once Miller found out that the movie might be scrapped, they decided to make some changes in their life.