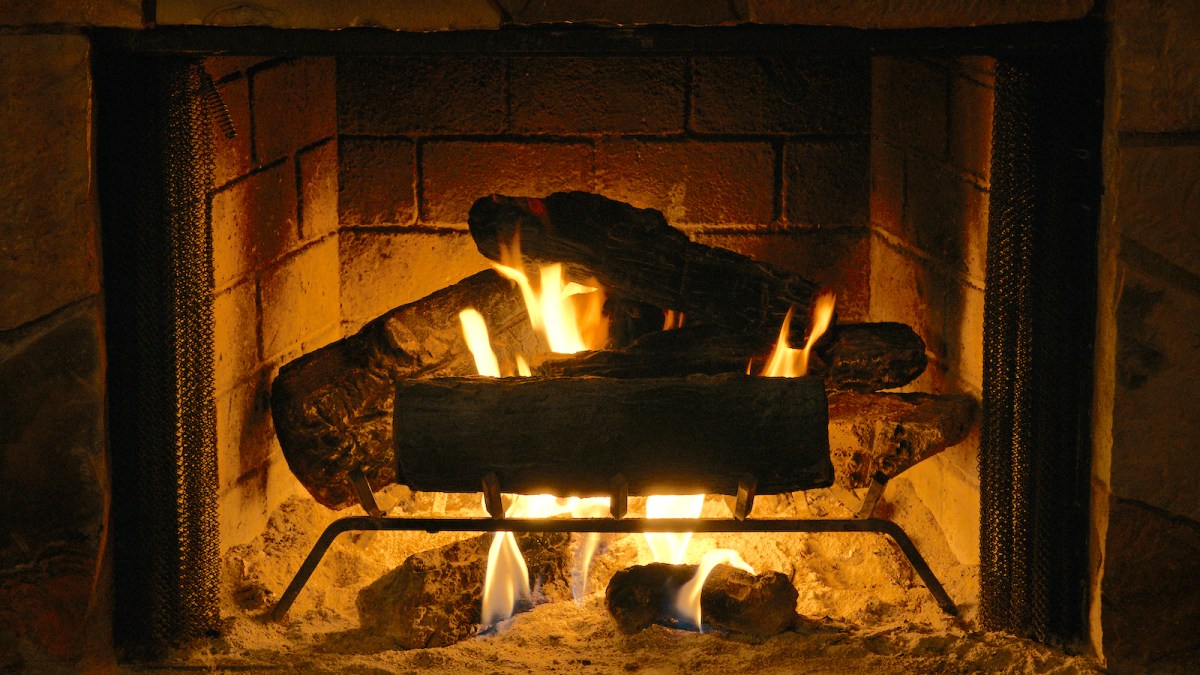 Writer-Director Casper Kelly is fresh off of releasing Adult Swim’s very first live-action, full-length film. In Adult Swim Yule Log, Kelly takes themes and ideas from his previous work (Too Many Cooks, Your Pretty Face is Going to Hell, the beloved Cheddar Goblin sequence in Mandy), and gets to take his time with them. I got the chance to talk to Kelly virtually about the ins and outs of Yule Log, the complications of liquid effects and log POV shots, the benefits of longer projects, and the importance of being kind on set.

Alejandra Martinez: As I was watching [Adult Swim Yule Log], I was really curious how your writing approach was different for this, as opposed to something like Too Many Cooks, which is a shorter piece or something like Your Pretty Face Is Going to Hell, longer series stuff. What was your like, kind of initial first steps towards writing this or getting ideas down?

Casper Kelly: I think I just enjoyed having more time. Because with 11 minutes, you have to just get right to it. So it was fun to just explore. And then if an idea came to me, I had room to put it in. And that felt really good. And I kind of had the basic story of Alex and Zoe. And then from there, once you have that basic arc, you can kind of start putting in other ideas and see if it hangs in there. But yeah, it was. It was scary. That was my first time doing that, but exhilarating too.

AM: There are so many great gross-out sequences in this and really great use of effects. I was wondering if there was a toughest sequence to shoot or something that really stood out during production?

CK: The alien scene was kind of tough. The Beth death scene was kind of tough. But we had a wonderful crew, we had a mixture of practical effects, digital effects, and then we had a stuntman, which was my first time doing stunts. And that was wonderful. You know, we had someone getting thrown around from the log, and then when Pleatherface falls down the stairs and finds the log, that just added a whole new level of making it feel like a movie to me. That was fun.

AM: Right. That sounds really cool. Are there any lessons or things that you learned from previous productions that helped with this?

CK: Yeah, don’t panic. Like, just keep calm. It’s not brain surgery. No one’s gonna die. Hopefully, you’re just making a movie. So keep calm and, and be kind. Because everyone’s working their hardest. It’s a stressful situation. And prepare as much as possible.

AM: So I know there’s Pleatherface [in this movie], like a nod to Texas Chainsaw [Massacre]. Are there any other movies or pieces of media that you found yourself revisiting for this or watching and what were they?

CK: Not really. I didn’t really want [to] rewatch anything. Although I probably should have, but I didn’t really have time. And sometimes watching movies bums me out in the sense of, ‘Oh, that’s so good.’ In this case, I didn’t watch things. But I did put in little references. Like I put in the brand of pimento cheese that’s very similar to the brand name of the Cheddar Goblin macaroni and cheese, right? We couldn’t legally make it the exact same, but it’s a nod.

AM: That’s great. So you said that the alien sequence was particularly tough. Was there something that was just like a blast to do in the movie?

CK: Well, they [the alien scenes] were a blast too. But liquid is hard, I think can be hard in practical effects. I do love the liquid flying though. So that was a blast as well. I think the scenes in the elevator were very fun to shoot. I had fun doing that.

AM: Those are great. It really reminded me of like, [David] Lynch’s Lady in The Radiator, but a little bit different.

CK: Yeah, that was definitely an influence for sure.

AM: So, are there any other benign kinds of pieces of media that have caught your eye that you’ve thought about of turning into something surreal?

CK: Well, I say it jokingly because I don’t know how it would work practically. But just the other day, I had the idea of the gas station near me has that monitor that plays ads when I’m pumping gas. I thought it [about how] it would be somehow to arrange to start showing a movie. That would not work. But wouldn’t it be interesting? It’d be funny.

AM: Yeah, definitely. [Taking] something that you see every day that you don’t think much about. I really enjoyed how you moved from static framing to actually taking the perspective of the log. How did you film the log POV stuff?

CK: That was on a Steadicam. And then sometimes we had a little log attached to the front so you could see part of it. Sometimes we didn’t, so it’d be a pure POV. And I think we had a little flickering, light attachment to kind of give you a little sense of fire hitting the walls and stuff as it’s moving around. But that was one of the earliest things we shot. That felt real horror-y to me, and that felt so good doing that. It’s just exciting.

AM: Yeah, I never thought I’d be scared of a floating log, but here we are! Yeah, well, this has been great. Is there anything that I haven’t had the chance to ask you about that you’d like to talk about?

CK: I’m getting the word out that I’m excited to make more. So hopefully, more will be coming down the pike.

This interview has been edited for length and clarity.