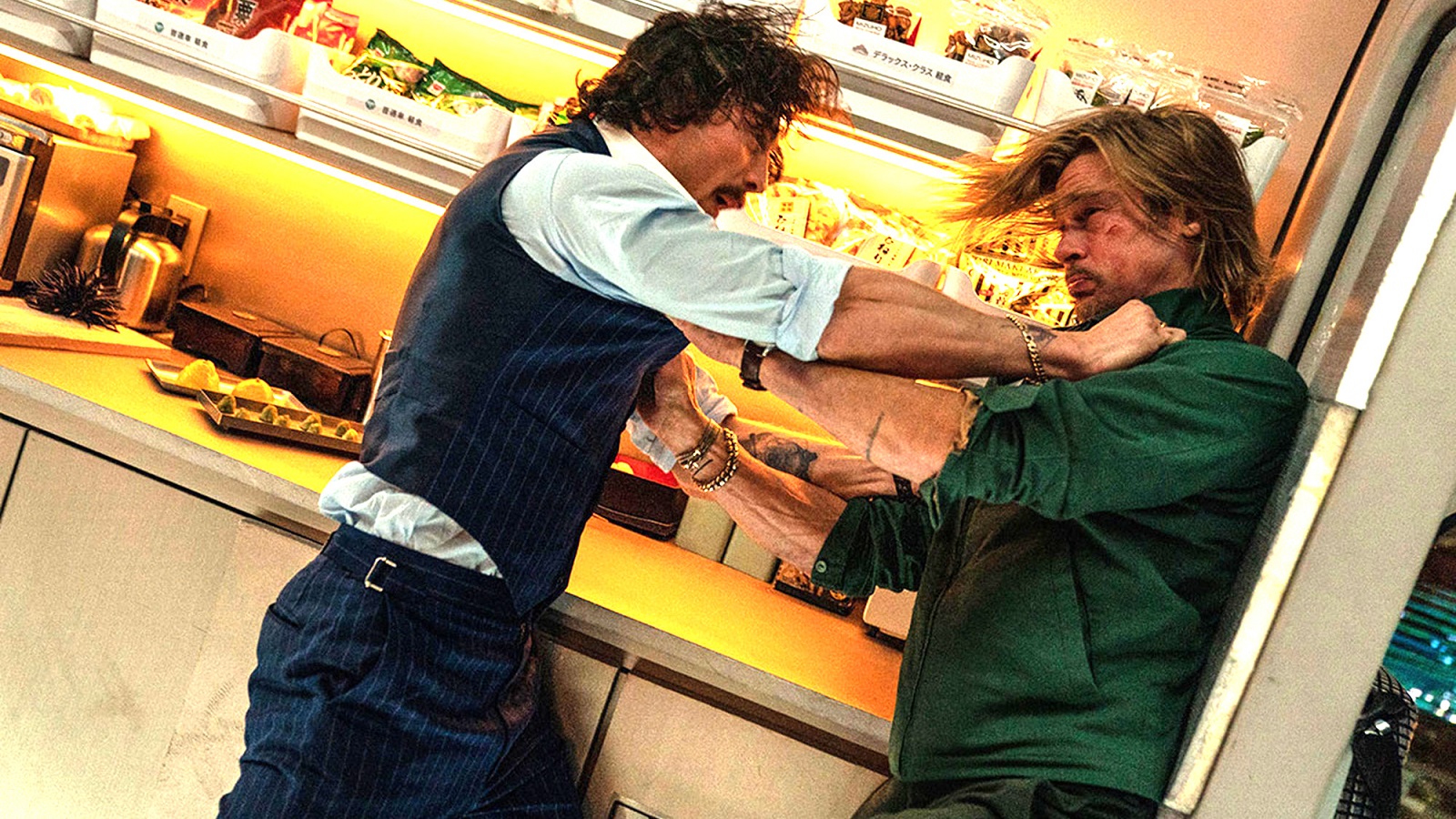 Buckle your seatbelts, because Sandra Bullock and Brad Pitt have teamed up once again for the biggest action-comedy film of the summer, Bullet Train.

The movie follows the chill, laid-back assassin Ladybug (Pitt) as he boards a train and tries to steal a mysterious briefcase that his handler (Bullock) has sent him to retrieve. Things turn out to be less simple than expected when he encounters other people trying to do the same exact thing. The movie blends just the right amount of action and dark comedy like the New York Times Bestselling Japanese novel it’s based on, MariaBeetle by Kotaro Isaka.

On Rotten Tomatoes, it’s earned a fair amount of mixed reviews, with some critics calling it by-the-book and uninventive and others accusing it of being all over the place. However, the movie’s 83 percent audience score seems to indicate that viewers are willing to look past those blemishes and simply enjoy a good old action romp starring two of the most popular actors in the business, as well as a star-studded cast of Hollywood favorites.

Accompanying Pitt and Bullock is Joey King from The Kissing Booth, Puerto Rican rapper Bad Bunny, Aaron Taylor-Johnson from the Marvel Cinematic Universe’s Avengers: Age of Ultron, Karen Fukuhara from The Boys, and Brian Tyree Henry from the MCU’s Eternals.

How and when will Bullet Train be available on streaming?

Bullet Train released in theaters on Aug. 5, so it will be a couple months before it hits streaming platforms. An official streaming date has not yet been announced, but with the new release window falling roughly 45 days post-theatrical premiere, you can likely expect Bullet Train to appear on streaming around the second or third week of September.

Bullet Train is a Sony Pictures film, so you can expect to see it on Netflix after the 45-day theatrical window. However, the movie will only be there for the first 18 months per Sony’s deal with Netflix before moving over to Disney Plus. We guess you could say it’s making a quick “Pitt” stop (see what we did there?). Sony’s deal with Netflix applies to the United States only.

You can read our full review of Bullet Train here.