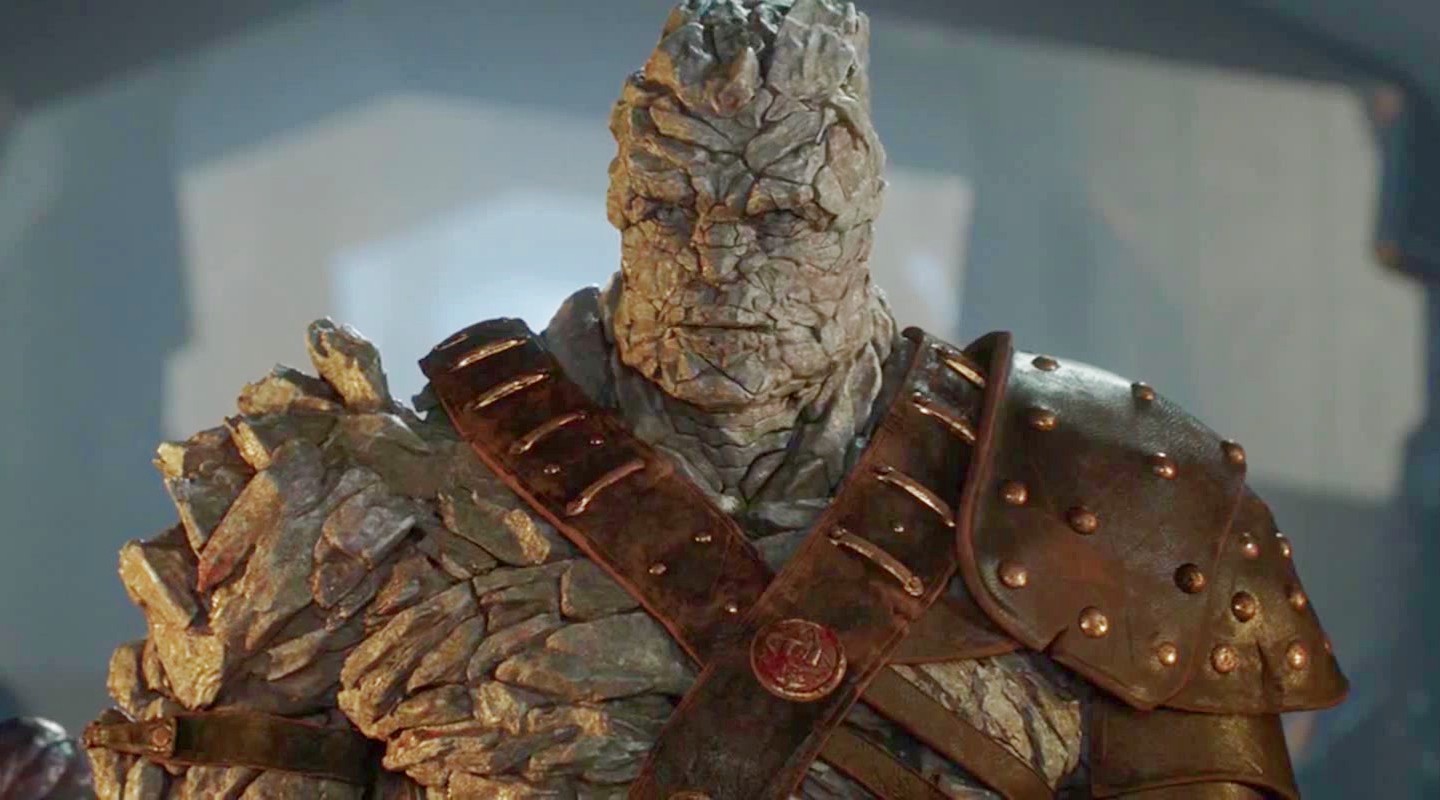 Thor: Love and Thunder has taken the world by storm, and now fans are left with several burning questions about the many events from the film, and who exactly stars in it.

Taika Waititi returns to direct the film after his success with Thor: Ragnarok, and reprises his voice-acting role as the lovable rock-based warrior Korg. An instant fan-favorite who has now appeared in three Marvel films, Love and Thunder has given even more background to Waititi’s character, including one major one.

Is Korg gay in ‘Thor: Love and Thunder?’

There’s a lot of love and romance in Thor’s fourth solo journey in the Marvel Cinematic Universe, with the film primarily focusing on Thor and Jane Foster’s long-term will-they-won’t-they relationship. Alongside that is the exploration of romance and sexuality for other heroes.

It is revealed at the beginning of the film that Korg’s species, Kronans, procreates with two males of the species, with them joining hands inside a lava pit for forty days until they produce a child. After Korg, Thor, Mighty Thor, and Valkyrie save the universe from Gorr, they all go their seperate ways back into romance and love.

For Korg, we find out that he’s fallen in love with a fellow Kronan named Dwayne (good joke), with them shown to be procreating as the film ends. It makes Korg just the second named male character in the Marvel Cinematic Universe to be confirmed gay — with the only other canon character being Phastos in Eternals.

Is Korg gay in Marvel Comics?

Korg was first introduced to Marvel in 1963, making his debut in Journey into Mystery #83, however this was a retcon. Truthfully, his first meaningful appearances came during World War Hulk and Planet Hulk, with him fighting as a warrior in the Sakaar arena.

The character is indeed gay in the original source material, with Korg in a relationship with Hiroium, a fellow warrior stuck on Sakaar. Hiroium is not a fellow Kronan, but instead a local Sakaaran.

Korg’s parents in Love and Thunder are faithful to the comics, with the rock warrior indeed having two Kronan fathers.

Korg will undoubtedly appear in future Marvel projects, with Taika Waititi also voicing the character in the first season of What If…? And isn’t this another marvelous win for LGBTQ+ representation?