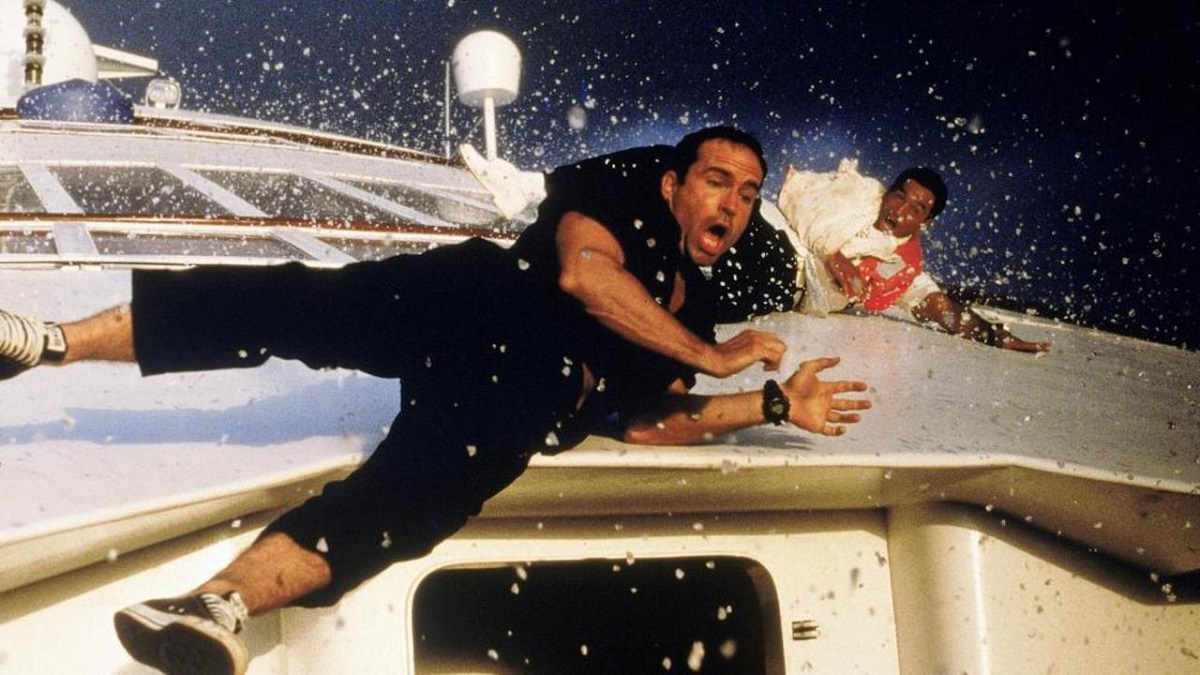 Going from one of the greatest films in the history of an entire genre to one of the worst in the span of a single film is a remarkably rare and completely unwanted achievement, but it’s one that the short-lived Speed franchise managed to pull off with aplomb.

Jan de Bont’s directorial debut still ranks as one of the finest action blockbusters ever made, a nonstop thrill ride packed with explosive action, memorable characters, snappy one-liners, and a pulsating premise that kept you gripped from start to finish. On the other hand, sequel Cruise Control was a disaster on every level.

After Reeves opted against returning as Jack Traven, Jason Patric was drafted in to bring precisely zero charisma to the lead role of Alex Shaw, while he generated absolutely no chemistry at all with Sandra Bullock, either. For a film titled Speed, the decision was made to transplant the action onto a slow-moving boat for some reason, with the budget increased to a mammoth $160 million.

In the end, Cruise Control tanked horrendously at the box office, was trashed by critics and crowds in equal measure, won a solitary Razzie from eight nominations in total, and almost immediately found itself launched into the pantheon of worst second installments in the history of cinema. But is that fair?

There’s no denying that Speed 2 sucks immeasurably, but the bold folks of Reddit have questioned whether it deserves to be treated as an offense to the good name of the action film, or if it was unfairly compared to a predecessor that’s one of the undisputed greats. Incredibly, some people actually enjoy it for delivering big, loud, stupid, and thoroughly underwhelming fun, but whether or not it deserves to be reappraised remains up for debate.